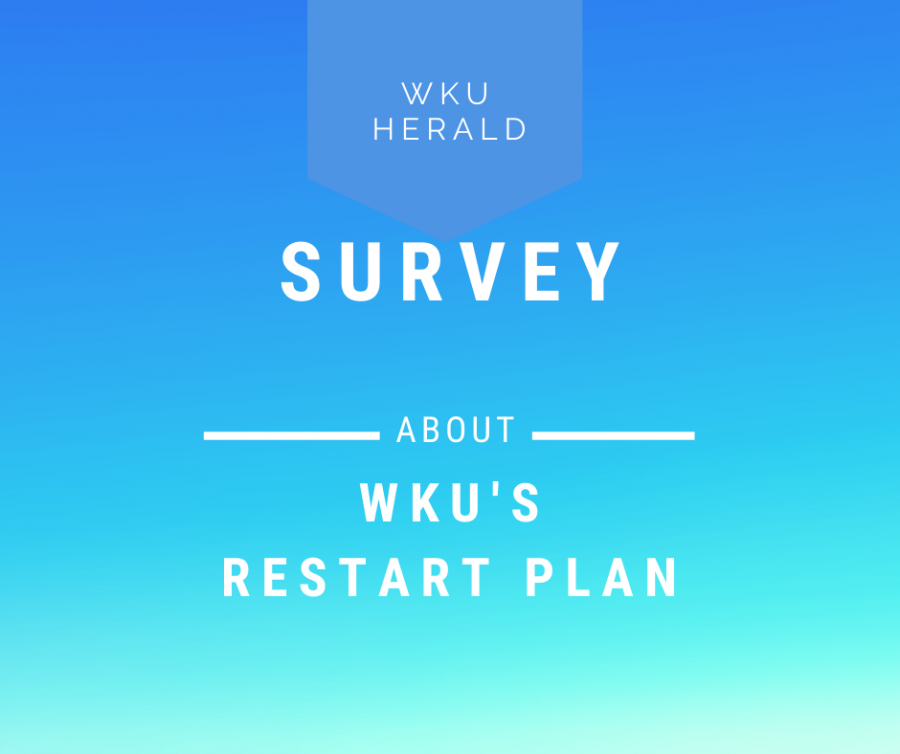 The students have spoken. As the Big Red Restart begins to shape up, WKU students declared how they felt about returning to in-person classes in August, finishing out the semester remotely, and practicing new campus norms, such as wearing face masks while social distancing.

80 Hilltoppers answered a Herald survey about the first draft of the university’s restart plan. Half of the respondents will be seniors next fall. Each academic college had at least eight survey participants.

WKU hasn’t held in-person classes since March, and it appears that many students are itching to get back on campus. Out of the 80 respondents, 63 believed that WKU should hold in-person classes in the fall and 37 of these students would like to see the university do so with social distancing guidelines and capacity limits.

Daniel Teets, a business administration major from Owensboro, is one of the in-person class supporters. He would like to work on group projects and converse with professors without logging in to Zoom.

“When we are in-person, we are more productive,” Teets said.

According to the most recent iteration of the WKU restart plan, in-person instruction will end on Nov. 20 and remote instruction would replace it following the weekend after Thanksgiving. Finals week would be conducted online for the second consecutive semester.

The majority of students who took the Herald restart plan survey are opposed to this schedule. Addison Wethington, a manufacturing engineering technology major from Bardstown, does not view distance learning as an effective alternative to in-person classes.

Teets may not be a fan of distance learning, but he won’t criticize WKU’s decision to transition to online classes this spring.

The survey participants were given the option to share their thoughts on the new ideas for the potentially revamped housing and dining experiences. One student visualized what the lines for on-campus restaurants would look like if every customer was six feet away from each other.

“The idea of putting stickers on the ground to make sure people in line are social distancing is laughable,” the student wrote. “The line for Chick-fil-A would stretch all the way to Cherry [Hall].”

“We should have the option to have our dining dollars deferred until we don’t have to social distance anymore, as we may not even be able to use them until then,” the student wrote.

When asked what she missed the most about being on campus, Wethington said that she longed for the convenience of dining on campus.

“I don’t like having to drive to Chick-fil-A all the time.”