‘I thought I would have more time’: Study abroad students struggle with refunds, switch to online classes 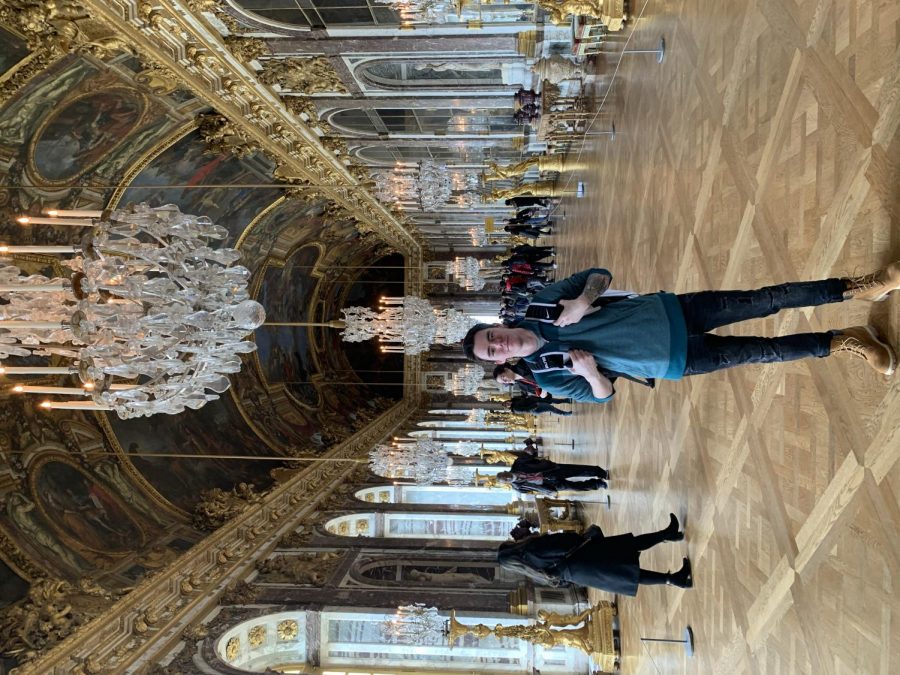 This story was published in the May 8 final print issue. Read the full issue here.

On March 11 President Donald Trump announced the start of a 30-day travel deferral between the United States and Europe. Although at the time the restrictions excluded Great Britain and Ireland, on March 14 the Trump administration expanded the travel restrictions to those nations.

Due to these travel restrictions, many students who were part of study abroad programs around the world were sent back to their respective home countries.

Out of the 103 students that were participating in a study abroad program for the Spring 2020 semester, five of them were studying in Italy, a country where the death rate for coronavirus patients is almost 30%.

One of these students was WKU junior Brittnay Morrison. She was on a study abroad trip spanning across Europe and was in Italy when told to go home.

Then came the school shutdowns, she said.

“No one was worried or anything until the schools in Florence started to send people home,” Morrison said March 17 in a direct message. “[The coronavirus] turned into the only thing we talked about during classes, and people were starting to freak out.”

Students received an announcement from the Centers for Disease Control and Prevention that Italy had transitioned from a level two travel advisory to a level three travel advisory: “reconsider travel.”

Morrison said there weren’t any noticeable differences when the level three travel advisory came into play.

“All museums and attractions were open and maybe even more crowded than usual while it was everyone’s last days [on the study abroad trip],” Morrison said March 18 in a direct message.

Morrison said she and her peers had to book flights home, as they were afraid of being forced into remaining in the country due to oncoming restrictions.

“I think most people would agree with me that we all feel cheated like we should have picked a different semester,” Morrison said in a direct message. “All of us lost a lot of money with non-refundable flights, housing, and tuitions.”

All students who were studying abroad this semester were forced to come back to the U.S., so many had to spend money on flights and temporary housing.

“Travelers returning from the specified countries in Europe should stay home for 14 days after returning from travel, monitor their health, and practice social distancing,” the CDC said in its advisory on March 11.

Therefore, Morrison had to quarantine in her home for 14 days. She was not alone — thousands of Americans who had traveled to high-risk countries were told to quarantine as well due to a risk of passing the virus onto others.

“It just went from being relaxed, to mass panic within a week,” she said in a direct message.

Morrison studied at the Lorenzo de’ Medici (LdM) Institute in Florence, Italy while abroad during the spring semester.

She said as of April 19 WKU has refunded her a portion of the health insurance fee from studying abroad, but neither the university or the LdM Institute have contacted her with any other refund information.

Like all students, Morrison is now taking the remainder of her classes online.

“I had to drop my Italian class because it was in full Italian,” Morrison said. “They are recorded lectures so it was harder to follow.”

Nicholas Barth, a WKU sophomore that was studying abroad in Lüneburg, Germany said he was also not worried about coronavirus at the beginning — until he received news that the Italy study abroad trips were getting canceled.

Barth received multiple emails from WKU regarding his trip abroad, with each email increasing in severity.

The first email was a recommendation for him to go home, but the second forced him to go home by March 20. He scheduled a flight for that date.

A few hours after the second email was sent out to students, Barth received a message from the study abroad program, stating they had canceled classes for the rest of the semester — two months were remaining.

On March 15 Barth got an email from his program urging its students to book the “next available flight” due to issues with flight cancellations and the beginning of borders closing.

“So at 3:30 A.M., I woke up with two hours of sleep and booked the next available flight, packed up my whole entire room and life basically, and left my apartment at 9 A.M. that day,” Barth said in a text message March 19.

He said coming home was stressful, with one of the reasons being he was unaware of what the procedures were going to look like once arriving home.

“It was all very sudden and emotional,” Barth said. “I thought I would have more time in what had become my home.”

None of the WKU students who were studying in Lüneburg were confined to quarantine, although they all listened to WKU and their program provider’s advice and participated in a two week long self-quarantine.

Alongside Morrison, Barth has also faced challenges regarding his online language classes.

“I think advanced language classes are really different than normal online classes, and they can present a lot of challenges,” Barth said. “They are really independent, which can be difficult with a foreign language.”

He said he was required by his professors to be in class during his program’s scheduled spring break, citing the lack of face-to-face interaction.

“The week after my program closed when everyone was coming home, we still were assigned work, quizzes and an exam to be completed on our own,” Barth said.

He said after reaching out to WKU’s Study Abroad and Global Learning office about his flight refund, they reimbursed him for the new flight he had to take to come back to the U.S. after his program canceled classes.

“I am getting refunds from my program, and it’s not as much as I think it should be, but it isn’t horrible either,” Barth said on April 19. “I’ll take what I can get.”