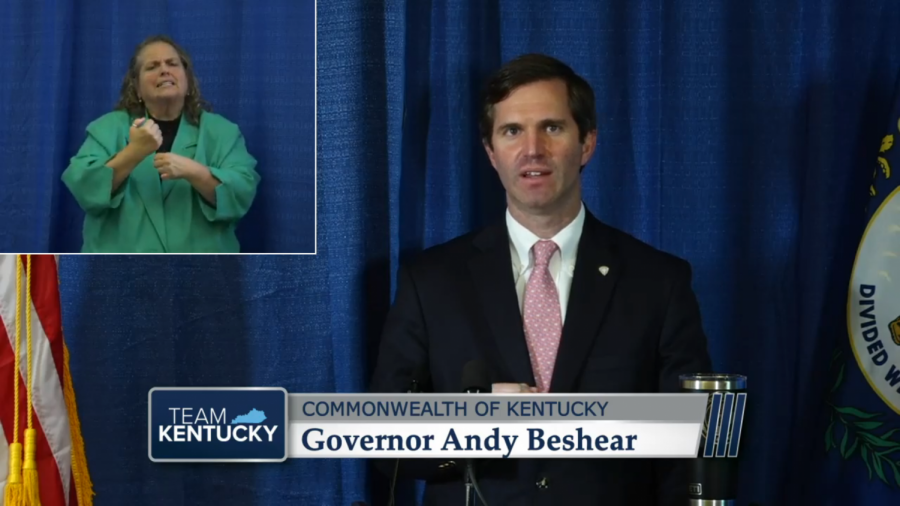 As of Friday, the number of COVID-19 recoveries in Kentucky stood at 1,752, while 57,648 Kentuckians had been tested overall. Beshear also announced 13 new cases in Warren County, bringing the county total to approximately 349 since the Barren River District Health Department’s numbers often differ.

Even with this news, Beshear said the rate of infection in Kentucky has remained in a steady plateau.

“You, Kentucky, have not only flattened the curve, you have truly saved lives,” Beshear said. “Keep it up.”

Beshear said Kentucky has risen to 13th in the U.S. in terms of census responses, but he urged Kentuckians to fill out the the census if they haven’t already.

“We’re going to rebuild together,” Beshear said. “If we can defeat a one in 100 year health pandemic, we can do all of this.”

As of Friday, 1,125 tests have been conducted at the drive-thru testing center at South Warren High School in Bowling Green. Beshear said some people are reserving spots to be tested, but are not showing up to take the test, which is wasting valuable resources.

“It’s really important that we use these tests,” Beshear said. “There is not enough testing nationwide. Every test is important.”

Beshear reiterated guidelines businesses will have to follow when reopening in the coming weeks.

On Monday, May 11, some businesses will be permitted to reopen, including vehicle dealerships, construction and manufacturing. Beshear said employers and employees should be sure to follow the Healthy at Work guidelines while reopening.

On May 20, houses of worship will be allowed to reopen to in-person services. Even so, Beshear said worshipers should be wise in attending services, and some houses of worship may elect to remain closed for a little longer.