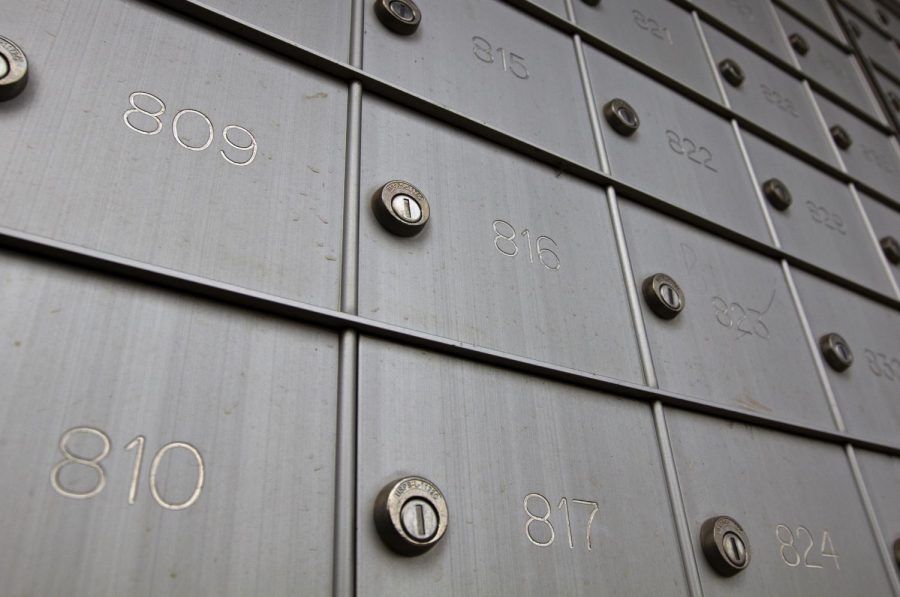 Mailboxes at The Crown apartments hang empty after tenants stopped receiving mail after the United States Postal Service reclassified apartment complexes to dormitories. Tenants like Nicole Cortez and her roommates took matters into their own hands. “We’ve had to get a P.O. Box just so we can get our mail,” Cortez said.

A lawsuit against the United States Postal Service by four Bowling Green apartment complexes was dismissed from the Western Kentucky district of federal district court.

The suit, which involved student apartments Hilltop Club, Midtown, Campus Pointe and the Crown, will now be pursued through the Postal Regulatory Commission, an administrative agency.

Brian Lowder, the attorney representing the apartment complexes, said the case was dismissed from U.S. District court because it didn’t fall within the court’s jurisdiction.

The initial suit came in response to the USPS reclassifying the apartments as dormitories, which changed the way mail was delivered to residents. For apartment complexes, mail is delivered to individual boxes, whereas mail to dorms is delivered in bulk to one location, like a center office.

Though the apartments are close to WKU and house many of its students, they are not owned by the university.

The question in the case centers on whether the USPS or apartment complexes should sort mail once it has arrived in bulk.

“The Court lacks jurisdiction to adjudicate this claim because a postal customer’s exclusive remedy for unsatisfactory service lies with the Postal Rate Commission,” Chief Judge Greg Stivers wrote in the court’s opinion and order.

Lowder said if his clients are not satisfied with the outcome of the case after it goes through the administrative agency, the case will be brought to the court of appeals.

“I think it’s everybody’s intent to pursue it with this Postal Regulatory Commission,” Lowder said.