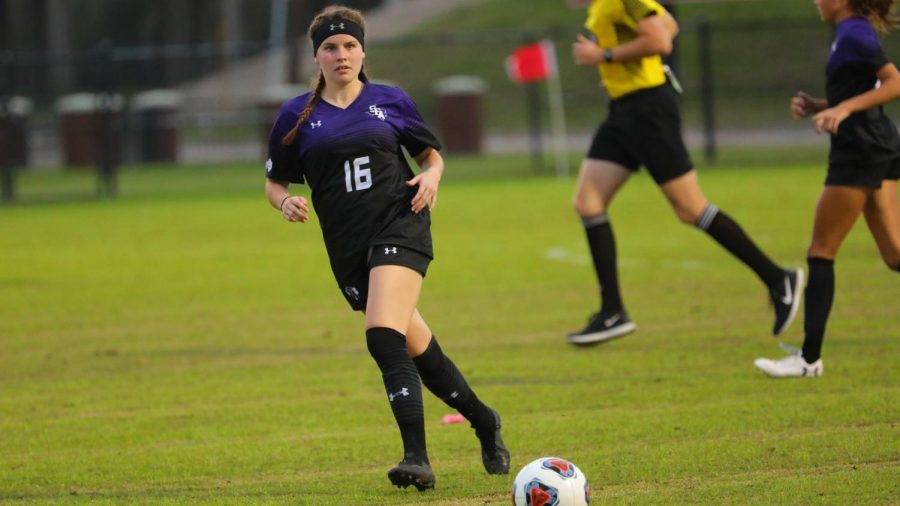 The WKU soccer team has gained veteran experience to its midfield on Friday, as head coach Jason Neidell announced the addition of senior midfielder Sophia Fondren to his team’s 2020 roster.

Fondren, a transfer from Stephen F. Austin, played 57 matches with the Lumberjacks, starting all but one match during her three seasons at SFA. The Frisco, Texas native paced the midfield for SFA, scoring nine goals and dishing out 18 assists in 4,202 total minutes.

“We are extremely excited to bring a person, player, and student like Sophie into our program,” assistant coach Roman DuChateau said in a release. “She brings in a wealth of experience and a proven track record of producing at the Division-I level. We think she has the potential to make an immediate impact in our attack with her ability to create for herself as well as her teammates. In getting to know Sophie throughout this process, it was evident that she is a great fit and we can’t wait to get her here.”

“I’m so excited to continue my soccer career at WKU,” Fondren said in a release. “I’ve never been to Bowling Green, but thanks to all the players and coaches who have been so welcoming and helpful through this transition it feels like home already. Even in this time of uncertainty, this decision seemed so clear. I can’t wait to get on the field with this talented group and win a ring.”

Although Fondren is new to WKU’s roster, she gives Neidell an extra senior leader on his roster, joining forwards Victoria Mayo, Ashley Leonard and defender Avery Jacobsen as the only four seniors on the team.

Fondren tallied three goals and recorded a team-high eight assists during her final season at SFA, earning a spot on the Southland All-Conference Second Team in 2019. The honor by the league office was the second of her career, as she received the same award in 2018.

The senior midfielder was also selected to the SLC All-Tournament Team in 2018 for leading the Lumberjacks to a Cinderella run in the conference tournament, before dropping a 3-1 decision to Abilene Christian in the league championship game.

Fondren becomes only the sixth Lady Topper to hail from the state of Texas in program history.