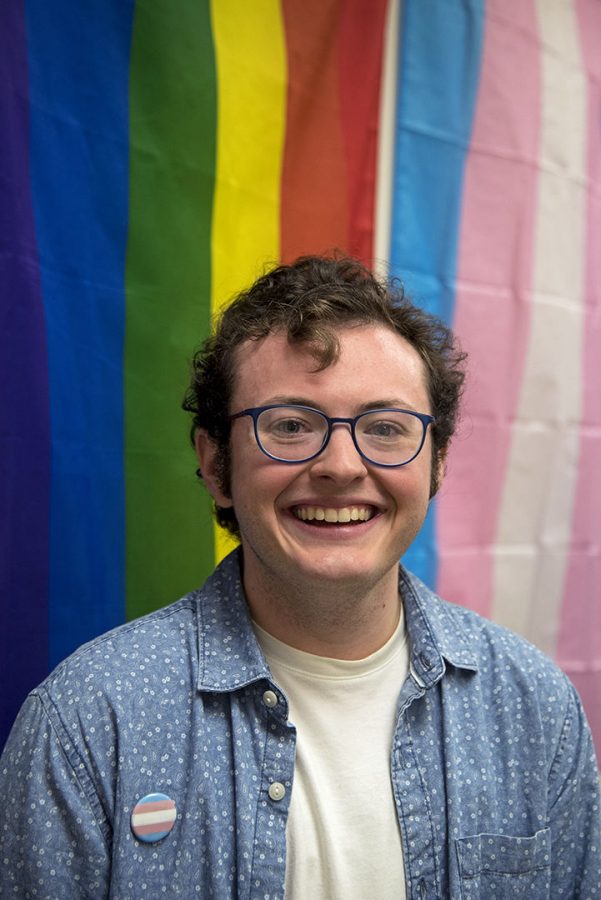 WKU graduate Jeremy McFarland is one of the founders of the popular Facebook page "andy beshear memes for social distancing teens," which has over 200,000 members as of April 2.

Amid the changes and isolation due to the coronavirus, it can be challenging to find humor in everyday life.

As people continue to surf the web during self-quarantine, memes seem to provide comic relief for those struggling with this global pandemic and all it brings.

In the past few weeks, Kentuckians have gotten to know Gov. Andy Beshear quite well through daily updates which are broadcasted online and on social media for anybody who wants updates on how Kentucky is dealing with the COVID-19 outbreak.

Every night at 5:00 pm EST, Beshear announces the number of new cases in Kentucky, urges everyone to abide by social distancing rules, explains the severity of this virus and reassures the citizens of Kentucky that “we will get through this…together.”

His conferences have been celebrated since they first started. Citizens of Kentucky across all political parties seem to appreciate the time and care Beshear has put into making sure Kentuckians receive only factual information about this virus, easing their nerves and creating a sense of community throughout the state.

From the regular updates, memes about Beshear’s role in protecting Kentucky against COVID-19 began popping up all over the internet.

After seeing a few of these memes while surfing the web, 24-year-old WKU graduate Jeremy McFarland said he needed to see more of this positive content. After consulting long-time friend and social media expert James Line, McFarland created a Facebook group dedicated entirely to sharing memes about Beshear.

The group blew up. Within the first three days of creation, “Andy Beshear memes for social distancing teens” hit 100,000 followers. McFarland and Line said they couldn’t believe their eyes.

“It’s been really exciting. I’ve never gone viral or anything.” McFarland said. “We’ve just been riding this roller coaster. I think the good thing about not having any expectations for it is that whatever we can use it for that’s positive is just a nice bonus.”

McFarland just wanted to collect Beshear memes for his own fun. He was craving content that wasn’t stressful. He said his first impression of the memes were they were comforting and lighthearted, which really drew his attention.

“I just thought the best way for me to have access to these memes was through a Facebook group, but I don’t know anything about social media,” McFarland said. “So, I asked James to be my co-admin. I couldn’t have done it without bringing James into it.”

Once the group was created, McFarland and Line had no idea it would gain such a wide following. Their first few days as co-administrators were completely filled with managing the posts that poured into the page. As their following rapidly grew, McFarland and Line knew they needed to expand their team.

The group’s admin team doesn’t just include the close friends of McFarland and Line. People who had joined the group reached out to the pair asking to be admin, and Line happily obliged. There are 12 people on the team all together, all remaining active on a daily basis.

“In the first three or four days, I got nothing done except…memes,” Line said. “When you have almost 200,000 people in a group, one person can’t monitor everything that comes through. It’s been really helpful to have a big team.”

McFarland and Line established a strict “no negativity” policy. This page was created to spread positivity during a dark time, so negative content of any kind is rejected from the page immediately.

“Overall, people have been pretty united.” Line said. “We’ve seen so many comments that say, ‘I’m a republican, but I support Andy Beshear.’ It’s great to see that. We try to keep the group non-partisan.”

The page is undeniably popular, which begs the question: does Beshear himself know about the group? It turns out, he does.

Beshear alluded to the group during a press briefing last Sunday. He told the audience if it makes people laugh, then he’s all for it. McFarland and Line said they were elated to see the governor had such a positive attitude about their page.

“Knowing that he knows about the page is extra motivation to keep it wholesome,” McFarland said.

McFarland and Line hope to stay busy through the end of this pandemic through monitoring their page. They’ve reached a bigger audience than they ever anticipated, and they only aim to continue growing.

It’s nice to see a beacon of hope in what seems like a never-ending crisis. McFarland and Line brought laughter and unity to a situation that nobody wants to struggle through alone. Hopefully, “Andy Beshear memes for social distancing teens” will keep harboring positivity and solidarity when the world needs it most.