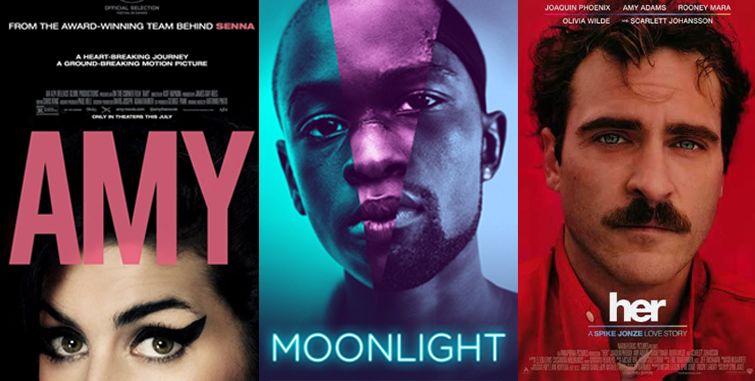 A go-to quarantine activity is bingeing whatever is available to you on your online streaming services. While it’s easy to binge a kid’s show or mindless comedy, many streaming services also offer a variety of award-winning films.

Here are five critically acclaimed films you can check right off of your watch list, all available on Netflix.

Starring Morgan Freeman and Tim Robbins, this movie will have you rooting for “the bad guy” without a second thought. Successful banker Andy Dufresne is sentenced to life in prison after being convicted of the first-degree murder of his wife and her lover. While incarcerated, he meets fellow inmate Ellis Redding, a quiet prisoner known for his ability to smuggle desired goods in and out of the prison walls. Their relationship blossoms, and the story unfolds from there. The film explores the harsh reality of life in prison, the true meaning of friendship and the power of justice. It was nominated in seven different categories at the 1995 Academy Awards, including Best Picture.

Kentucky native Johnny Depp illuminates the screen alongside Leonardo DiCaprio in this touching and sincere film about the struggles of a dysfunctional family. Dicaprio received an Academy Award nomination for his performance in the role of Arnie Grape, a mentally impaired teenager who relies solely on the love and care of his older brother, Gilbert, played by Depp. Their mother has not left the house in years and relies on her children to provide for the family, leaving Gilbert and his sisters with big responsibilities. Despite living in a small, sleepy town, Arnie and Gilbert share a connection that’s full of excitement and chaos, and the movie truly captures the essence of unconditional, sacrificial love. Get your tissues ready; this film is sure to tug on some heart strings.

Joaquin Phoenix plays a lonely, recently divorced writer who develops a romantic relationship with a computer system in search of a new definition of love. Scarlett Johansson voices the computer system, giving incredible emotional depth to a character that isn’t supposed to be so human-like. The vibrant colors and beautiful, uniquely shot scenes sprinkled throughout the film are delightful to watch. Director Spike Jonze captures the heartbreak of an impossible love in an inspiring and beautiful way. It was nominated for five Academy Awards in 2014, winning Best Original Screenplay. Get ready, Her is another must-see that may require a few tissues.

This is a documentary about the life and death of Grammy-award winning singer/songwriter Amy Winehouse. Despite her undeniable success, Amy struggled with substance abuse throughout a large portion of her career. Her addiction affected every aspect of her life, including her relationship with her father, who is heavily featured throughout the documentary. Amy captures her rise to stardom, highlighting the detrimental affect fame had on her mental, emotional and physical health. This heartbreaking true story leaves its audience feeling thankful for the short time Amy Winehouse was able to share her talent with the world and sympathetic for her loving family. Amy won an Academy Award for Best Documentary and Grammy Award for Best Music Film in 2016.

Mahershala Ali and Trevante Rhodes star in this heavy yet riveting film about the challenging life of a young man named Chiron. His mother is a drug addict who struggles to provide for him; the two of them live in a housing project in Miami, Florida. Chiron is also extremely shy and struggles with his sexuality throughout the film, making him a target for bullying at school. With an absent mother, Chiron turns to a prominent local drug dealer for guidance. Director Berry Jenkins captures the strength and hope that both characters develop throughout the course of their relationship. As heavy as this film is, Moonlight is definitely worth the watch. It will leave audiences believing that growth and love can be found even in the worst situations. It was nominated for a staggering eight Academy Awards in 2017, winning three of them, including Best Picture.