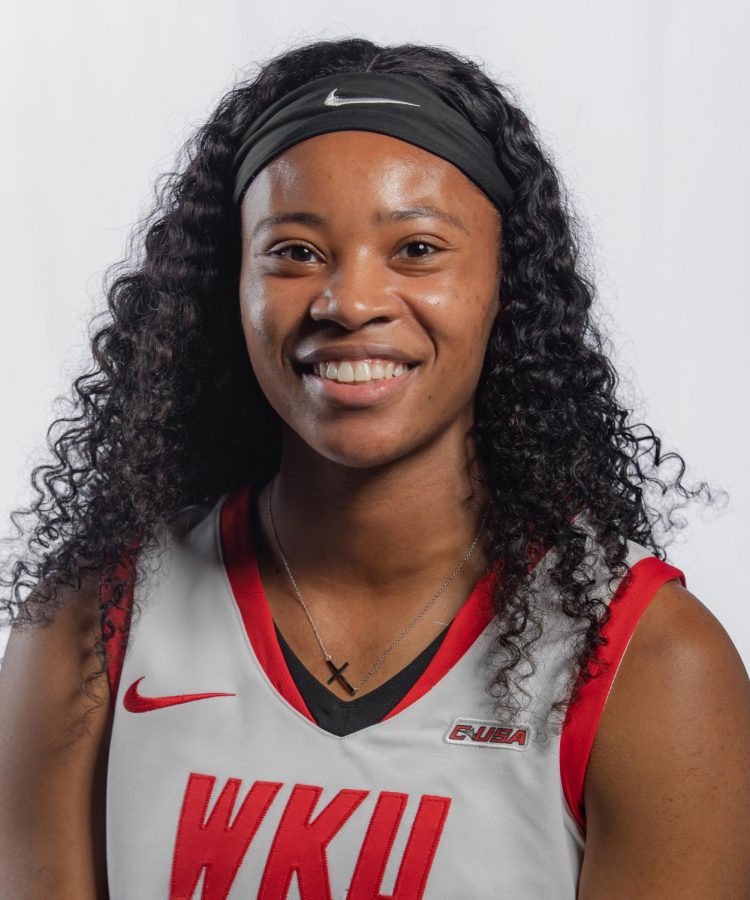 Redshirt senior forward Dee Givens has earned the Conference USA Winter Spirit of Service Award, the league office announced Tuesday. The award is given to one student-athlete from each of the 14 member schools for the fall, winter and spring seasons.

On the court, Givens earned All-C-USA First Team honors along with a C-USA All-Defensive Team nod on March 9.

Givens was also the league’s leading steals earner this season, picking up 69 total steals on the season. That brought her career total to 232, ranking No. 4 among all WKU players.

A professional career seems to be on horizon for Givens, as the former WKU women’s basketball standout was ranked No. 40 overall and as the fifth best small forward in the entire nation by ESPN Women’s Hoops ahead of Friday’s WNBA Draft. Her overall grade as a pro prospect is 68.

“Her 3-point shooting really dropped off in her senior season,” ESPN analyst Charlie Creme wrote in his analysis of Givens. “Givens’ value depends on her two-way ability as a shooter and defender.”

In the classroom, Givens graduated with both her bachelor’s degree and master’s degree while playing for the Lady Topper basketball program.

Most recently, Givens earned her graduate degree with a 4.00 GPA in recreation and sport administration. Her work in the classroom during her final year of collegiate eligibility helped Givens garner C-USA All-Academic Team honors for the second time in her career on March 6.

Givens was also a leader in the community, encouraging her WKU women’s basketball teammates to play wheelchair basketball at a local recreation center and participate in charitable work with Feeding America, Warren County Humane Society and Stuff the Bus.