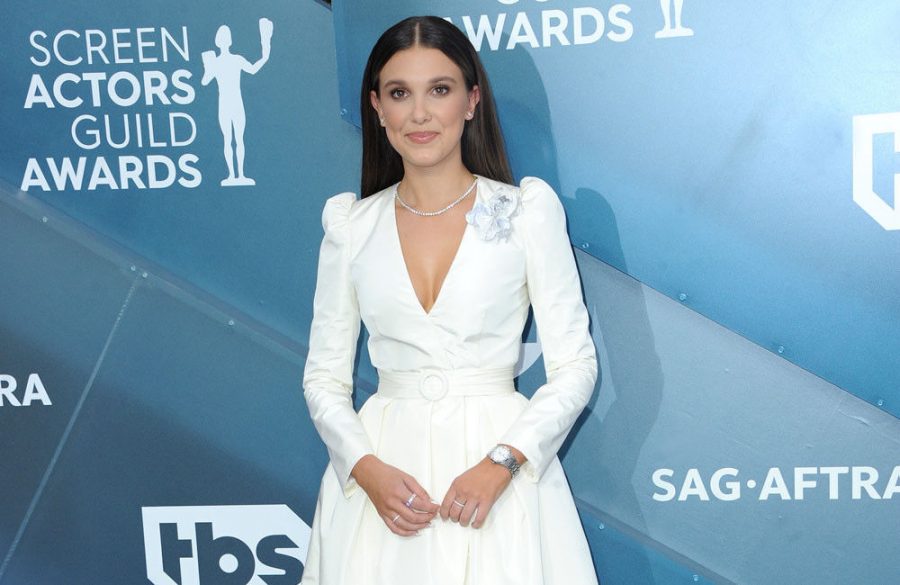 The 17-year-old actress – who stars in new blockbuster ‘Godzilla vs. Kong’ – has been asked about other franchise battles in the spirit of the movie, and she revealed there’s a lot she hasn’t seen.

She told MTV: “So I haven’t watched a Marvel film, ever, and I’ve never watched a DC film. News, I know.

The ‘Stranger Things’ star – who is more into ‘The Notebook’ and “romance films” – admitted her friends can’t believe she’s not watched a ‘Harry Potter’ film.

Asked to choose between the wizarding franchise and ‘Jurassic Park’, she picked the latter and explained: “I’ve never watched ‘Harry Potter’…

Millie suggested her epic TV and movie roles could be the reason she doesn’t delve into the same kind of thing in her spare time.

She pondered: “I’m not crazy on that – because I’m in it, I think that’s why. I’m doing that stuff already. I want to see stuff that’s real.”

She also got asked about her preference on the small screen with ‘Friends’ going up against ‘The Office’, and while she hasn’t seen the latter, she is a huge fan of the other classic sitcom.

She said: “I’ve watched every episode of ‘Friends’ … I like grew up eating dinner and watching ‘Friends’.

“Like, you know in ‘Matilda’ when they eat dinner in front of the TV? That was me and my family with ‘Friends.'”

She laughed: “If I met Ross I would scream ‘pivot!'”