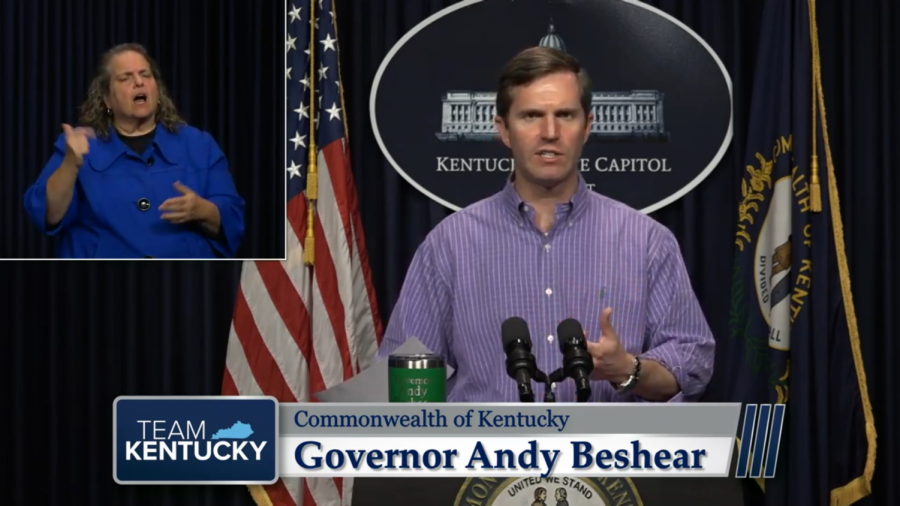 Beshear also announced new measures to curb the spread of the disease. The new executive order signed by Beshear will allow officials to record the license plate numbers of anyone who participates in mass gatherings this weekend. The information will be given to local health department officials, and officials will then go to the person’s address and require them to self-quarantine for 14 days.

“We shouldn’t have to do this,” Beshear said. “Losing 90 Kentuckians ought to convince us how important this is. This is the only way that we can ensure that your decision does not kill someone else.”

Beshear said the new required self-quarantine measure will not include drive-in church services, as long as local leaders have not issued different orders for Easter weekend events.

Beshear also said Kentucky’s death rate for infected individuals “seems to be higher” than the rest of the United States. Beshear said the reason why is because the state is only testing the sickest patients.

“We in Kentucky are not as healthy as we need to be,” Beshear said.

The deadline to sign the state budget bill is Monday, April 13. Beshear said he will sign the bill, but will line-item veto some parts of the budget. Beshear said most of the vetoes will deal with “flexibility.”

“I’ve got to be able to move resources as quickly as they are required for where the latest outbreak in this coronavirus is gonna go next,” Beshear said. “My goal is not to eliminate any specific appropriation where the legislature wants to send funding to, but making sure I can do what it takes to get us through this.”