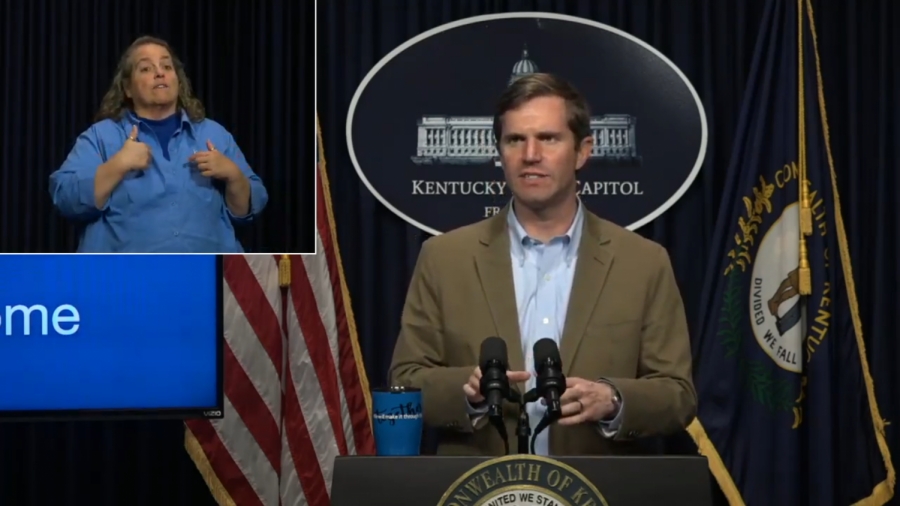 Kentucky Gov. Andy Beshear announced 322 new cases of COVID-19 in the state Friday, the highest single-day number of cases reported in Kentucky. Beshear also announced nine additional deaths, bringing the state total of COVID-19 cases to 3,779 and the total number of deaths to 200.

“That is far less than we thought we would have lost today, but our job is to protect others,” Beshear said.

As of Friday, the number of COVID-19 recoveries in Kentucky stood at 1,341, while 44,962 Kentuckians had been tested overall. Beshear also announced 35 new cases in Warren County Friday.

Beshear said the state is currently in a plateau for new cases, meaning the number of new cases does not increase or decrease regularly. Even though Kentucky is not seeing the increases that other states are seeing, Beshear said he is proud of the efforts Kentuckians are making.

“We’re in such a better place because of your work,” Beshear said. “I’m really proud of you. You are saving lives every day. It’ll be thousands upon thousands of people we saved.”

Earlier on Friday, Beshear signed an executive order which will allow registered voters in Kentucky to cast their votes in the state’s primary election on June 23 using mail-in ballots.

Beshear said the shift away from in-person voting in favor of absentee ballots is part of the state’s continued efforts to curb the spread of coronavirus.

Kentucky Secretary of State Michael Adams said one of the reasons for the change was a shortage of poll workers. Adams said any Kentuckian can now choose to vote by mail. Normally, the state would need around 16,000 poll workers for the election to run as usual.

“Most poll workers are elderly,” Adams said. “We’re not willing to risk those people’s lives.”

Adams also said there will be a limit on polling locations in each county, and touch-screen voting machines will not be used in order to cut down on the potential spread of the disease.

Each voter will directly be alerted to the option to avoid in-person voting, and Kentucky will update the voting rolls accordingly, Adams added during his time at the podium.

“We’re not going to purge the rolls,” Adams said in regard to mail-in voting. “But we’re going to contact people to update their information.”

At least 61 facilities have reported a case in either a resident or staff member, and 91 total people have died at nursing homes, Beshear confirmed.

“We are doing everything we can,” Beshear said. “We continue to see, especially those in long-term care facilities, being hit really hard.”