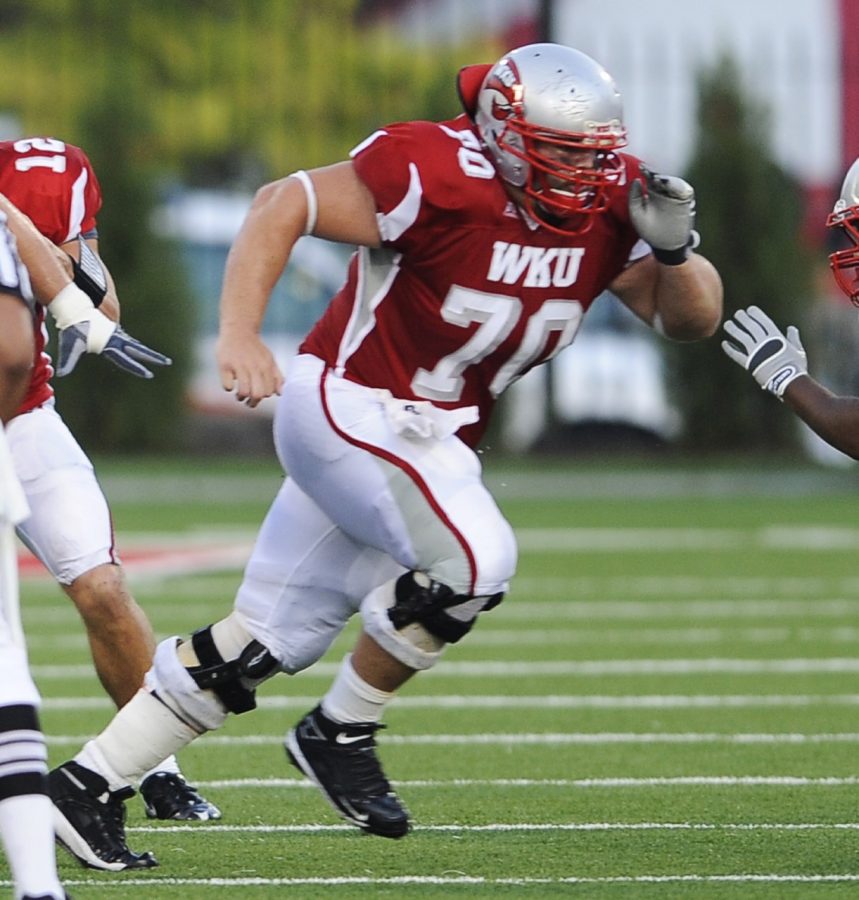 The Sarasota Herald Tribune in Sarasota, Florida, first reported the news of Hughes’ death on Monday night, while the Bradenton Herald in Hughes’ hometown of Bradenton, Florida, and the WKU football program both acknowledged Hughes’ death over the course of the day on Tuesday.

“We’re saddened to learn of the passing of former Hilltopper offensive lineman and 2009 team captain Cody Hughes,” the WKU football program stated in a tweet posted on the team’s verified Twitter account on Tuesday night. “Our thoughts are with his family, friends, teammates and loved ones.”

The cause of death has not been revealed, with the Bradenton Herald reporting Tuesday that an exact “cause of death is pending the completion of the autopsy report.”

According to the all-time letterwinners list included in the 2019 WKU football media guide, Hughes earned four WKU football letters, playing for the Hilltoppers during the 2006, 2007, 2008 and 2009 seasons.

Hughes played offensive line during his time on the Hill, earning a reputation as a hard-nosed mauler who dominated up front. Hughes quickly became a favorite among the Hilltopper faithful for his actions during a lopsided game against then-No. 5 Florida in the Swamp in Gainesville, Florida, on Sept. 1, 2007.

Late in the third quarter of what ended up as a 49-3 blowout victory for the highly touted Gators, Hughes pushed eventual Heisman Trophy winner Tim Tebow to the ground during a play that saw Tebow veer from the backfield onto the WKU sideline and toward the players seated on the Hilltopper bench.

After the play, the broadcast cut to a shot of Hughes laughing and celebrating with his teammates on the WKU bench while a chorus of boos rained down from the crowd. Referees did throw a penalty flag on WKU for a late hit out of bounds on the play, but Hughes wasn’t the Hilltopper player penalized.

The aforementioned sequence can be viewed by pressing play on the YouTube video below:

Then-WKU head coach David Elson spoke about Hughes for a November 2009 piece published by WKU Athletics, noting Hughes’ work ethic and toughness helped him move from a walk-on to a starter.

“He’s well respected because he’s worked so hard and throughout his career here,” Elson said. “Early on, he was a guy we had to get on because he was a guy that overdid it. He was one of those that we constantly had to harp on to play smarter. And he made that transition.”

“I think he brings an attitude,” Elson continued. “That’s the other thing, when I say work ethic and toughness; he brings that in there. It’s just a mentality and attitude you want your offensive line to have. He’s got it, and when he’s in there we’re better off. I think when guys see him pancaking a guy 15 yards down the field, that’s something that gets other guys going.”

After his time in Bowling Green came to an end, Hughes returned to Florida and coached football at Saint Stephen’s Episcopal School, Manatee High School and Sarasota High School. Hughes was also the head wrestling coach at Sarasota and an assistant at Manatee, according to the Sarasota Herald Tribune.

“I just want to be in a position where I can influence the character of individuals,” Hughes said in 2009. “And not just the task they perform, but what’s inside of them and the morals, values and how they treat people. I think coaches have the best opportunity to do that.”

“Sad day yesterday for this ol WKU olineman,” Hewig wrote. “Cody Hughes was a great person and will be missed. Prayers for his family. This was Cody doing what he loved teaching about weight lifting. He was great at his profession. Thoughts and prayers to his family. #HORSEMANFOREVER”