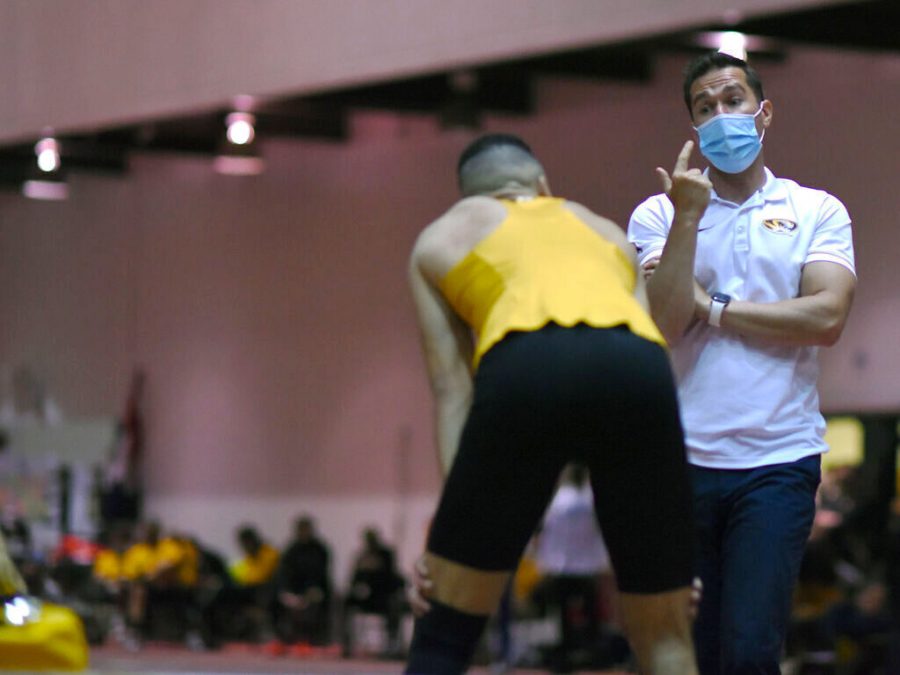 Missouri coach Iliyan Chamov, right, talks with Roberto Vilches during the high jump Saturday at the Hearnes Center in Columbia. It was the first event of the season for Vilches, whom Chamov said recently recovered from an injury. “It was a very good icebreaker for him,” Chamov said. “If he keeps [competing] like that he is going to be back at his best performance.”