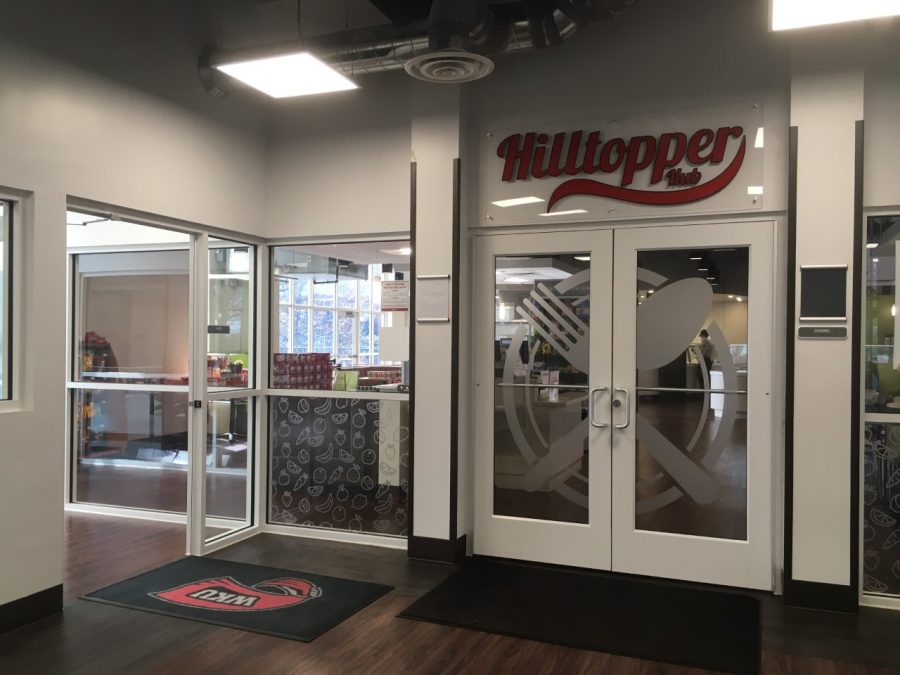 Hilltopper Hub, located in Hilltopper Hall, shortened its hours this week due to reduced dining demand, according to Bob Skipper.

Housing and Residence Life this week announced changes to on-campus dining that include closing restaurant seating and shortening hours for Subway at Bates and Hilltopper Hub.

P.O.D. closed its doors Tuesday, when its merchandise was relocated to Hilltopper Hub in order to limit travel for residents remaining on campus.

Bob Skipper, director of media relations, said the decision to close most restaurants is a result of the limited demand for dining on campus but that the university must ensure extended residents remain fed.

“We’re going to have to keep some kind of food service — and this is strictly a pick-up and take it back to your room type service — open for those students who remain in Hilltopper,” said Skipper.

Skipper said Hilltopper Hall is currently the only living facility that remains open to the 48 extended living residents that remain on campus.

Skipper also said that the Subway at Bates Hall could close should cases of coronavirus increase in Bowling Green and the situation demands it.

Dejuan Simpson, a current resident of Hilltopper Hall, said he occasionally eats at Hilltopper Hub but bought groceries to limit time spent around others.

“In between breakfast and lunch, someone might grab something on campus, but after that people tend to eat their own groceries and food,” Dejuan said.

Simpson said the dining options that remain open, such as Subway, have placed signs warning of COVID-19 spread and duct taped X-shapes to mark where to stand in line in order to practice proper social distancing.

While reports continue to increase, 17 cases are currently known in Warren County as of April 3.