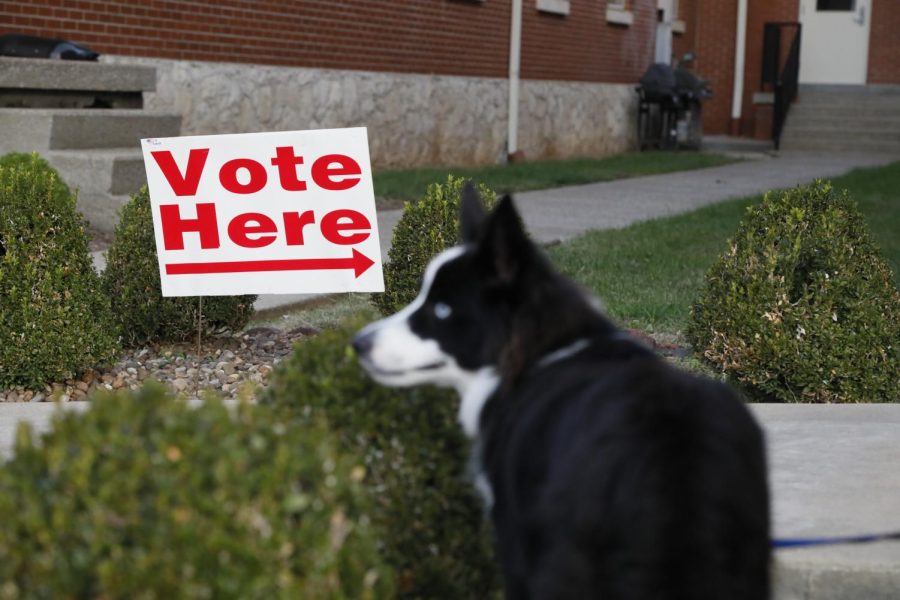 Bleu waits for their owner Brad Schneider as he votes in Kentucky’s 2019 general election during their morning run. Schneider says he’s excited about his vote and is open for change.

The Kentucky primary elections will be postponed until June 23, in an effort to curb the spread of coronavirus.

“It buys us time,” Secretary of State Michael Adams said during a press conference. “The hope is by June 23, the worst will be over and we’ll be able to have an election that’s as normal as possible.”

A new case of coronavirus has been confirmed in Kentucky, bringing the total cases in the Commonwealth to 22, Gov. Andy Beshear said in a Monday press conference.

The case is a 34 year-old woman in Jefferson County, and comes after the first death of a coronavirus patient was reported Monday morning. Beshear said coronavirus was a factor in the death, but the patient was being treated for other medical factors as well.

Beshear urged Kentuckians to remain calm and strong during the conference.

“We are a resilient people,” Beshear said. “If in hindsight it shows that we were overly aggressive, that’s where I want to be.”

In an effort to curb the spread of the virus, Beshear has ordered all restaurants and bars in Kentucky to suspend in-person service at 5 p.m. Monday. Drive-thrus and food delivery will remain open.

“We need you all to order out,” Beshear said.

Beshear said mobile food trucks will be allowed to continue operating, but safety measures will have to be enforced.

“I know it’s hard,” Beshear said. “Everything I’ve announced is going to be hard, but it’s all necessary because I believe we all need to do it,” Beshear said.

Beshear urged citizens not to panic during the coming days, telling Kentuckians to find ways to relieve anxiety. Beshear also said not to rush to stores to buy supplies.