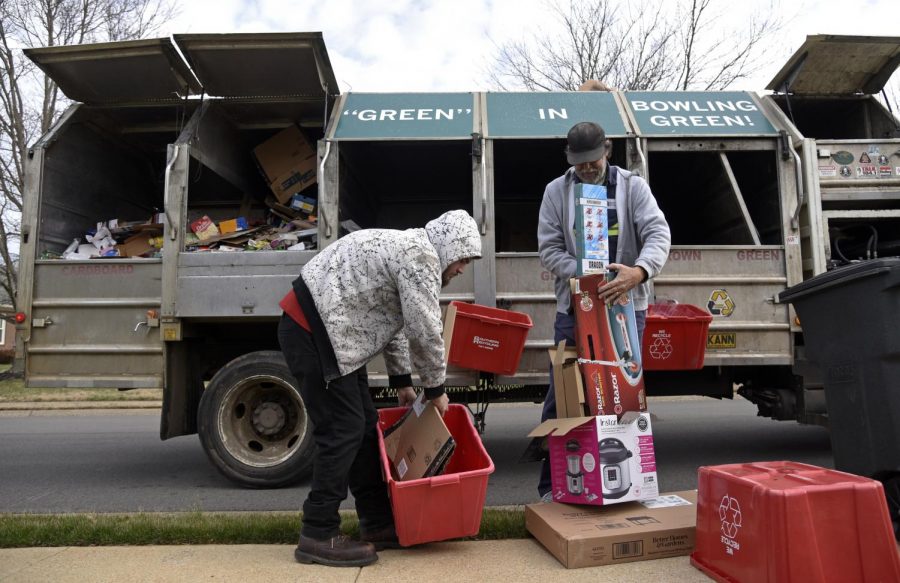 A recycling truck rolls through a Bowling Green neighborhood on the morning of Monday, February 3, 2020. The city of Bowling Green prepares to stop accepting any recycling in early March; as the process is far more expensive than any revenue that the company, Southern Recycling, is able to make.

The community recycling bins scattered around WKU’s campus have been ‘temporarily discontinued,’ WKU recycling said Friday in an Instagram post.

As of Tuesday morning there is not a disclosed reason for why the bins were discontinued to the public.

“We apologize for the inconvenience and for the lack of communication behind this decision,” the Instagram post stated.

The Habitat for Humanity tin can recycling bin is still available for community use. Recycling will still be available for WKU students living on campus or moving out this week.