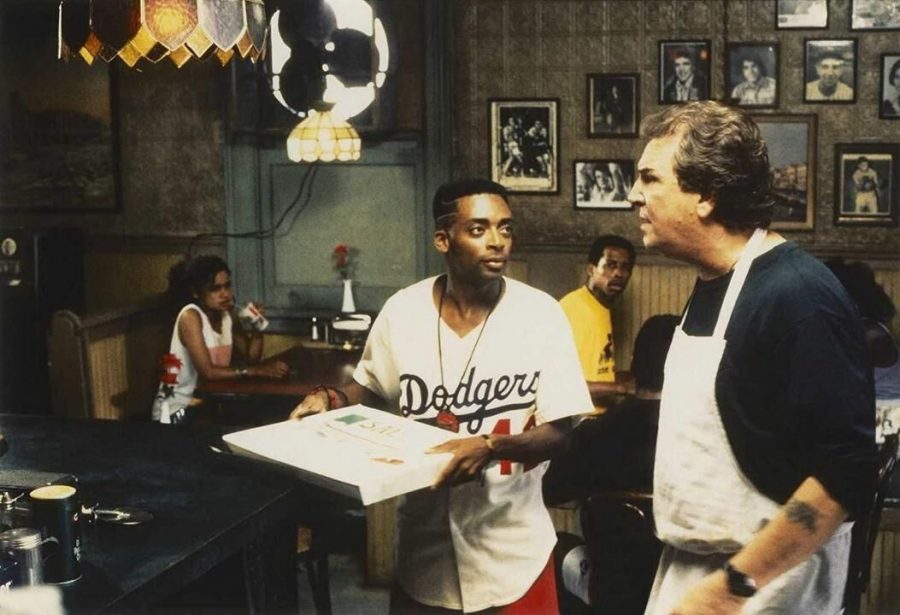 Director Spike Lee details events that led to a race riot between residents in the Bedford-Stuyvesant neighborhood of Brooklyn on the hottest day of the year. The events center around an Italian American pizza parlor owner named Sal (Danny Aiello), his employee Mookie (Spike Lee), and Mookie’s friend Buggin’ Out (Giancarlo Esposito). Some see this groundbreaking movie as a Black nationalist manifesto, as well as one of the most important films of its time.