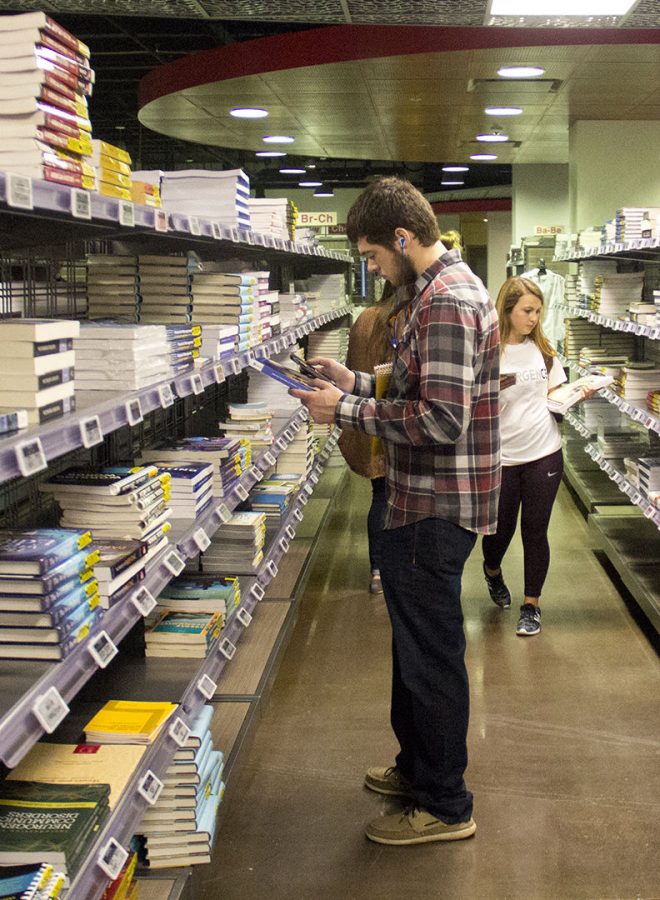 As the new year arrives and the semester begins at WKU students gather at the WKU Bookstore to get their books and school supplies. Johnathan Partlow Jr., a junior at WKU, finds books for his spring classes. "I'm stacked with book requirements for the semester" Partlow said.

WKU will recommend to the Board of Regents that operation of the campus bookstore transfer over to Barnes and Noble College. The move would end an era of WKU owning and operating its own bookstore, which began in 1923.

The deal comes after a five month request for proposals process for the bookstore. Susan Howarth, executive vice president of Strategy, Operations and Finance issued a statement on the matter.

“This month, the RFP committee made its recommendation to transition the WKU Store to Barnes and Noble College,” Howarth said in the statement. “During the next several weeks, we will engage with our campus community through our shared governance groups.”

Howarth said the financial benefits to the University will include a renovation of the store, a one-time gift of $350,000, an annual textbook scholarship of $15,000 and a guaranteed $1 million in revenue during the first year.

Howarth said the decision to privatize the store will help increase its viability as a business, since more students are getting their textbooks from online stores.

“To remain viable, the store must be able to successfully compete in the open marketplace, requiring the resources of large competitors,” Howarth said.