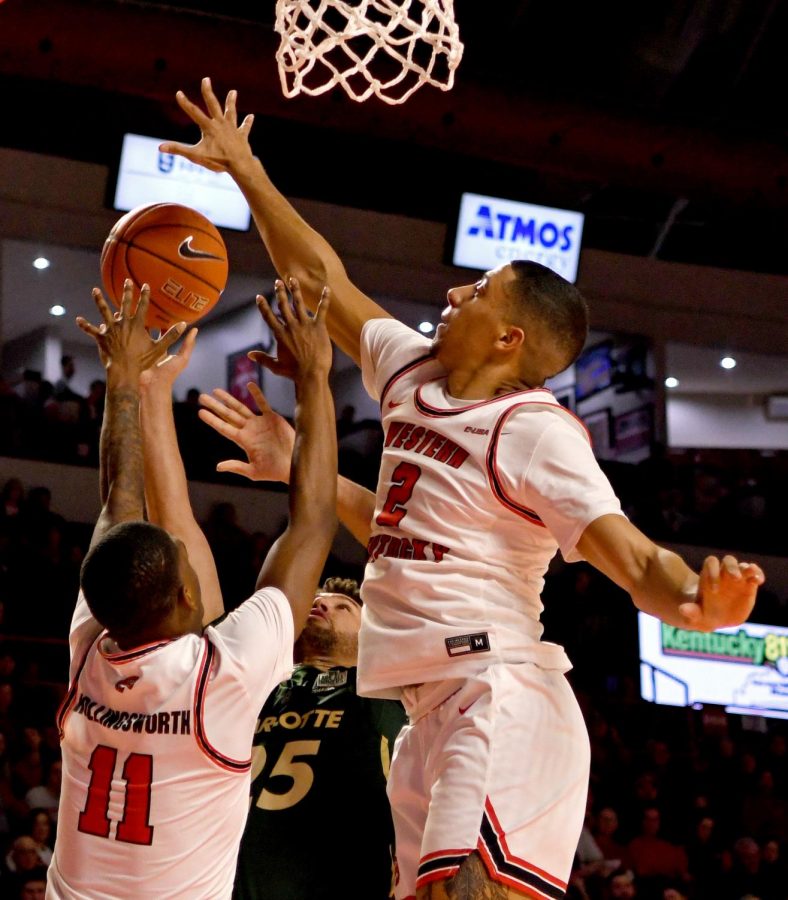 Hollingsworth was selected to the First Team, while Savage was a Second Team nod. District 11 is made up of the teams in Conference USA, and voting is conducted by member coaches in the association.

Hollingsworth’s honor marks the third straight year WKU has had a first-team NABC selection, following Charles Bassey in 2018-19 and Justin Johnson in 2017-18.

Hollingsworth was also named to the All-C-USA First Team on March 9.

In the last six games of the season, Hollingsworth averaged 23.8 points per game. The Lexington native ranks No. 18 in WKU history in career points, No. 8 in career games started and career minutes played and No. 10 in career free throws made.

Savage was previously honored as an All-C-USA Third Team and All-Defensive Team pick.

The Bowling Green native averaged 11.7 points, 7.1 rebounds, 1.2 steals and 1.1 blocks per game. He tied for No. 5 in the league in both rebounding and blocks and ranked No. 3 in defensive rebounds.

Savage was also one of 14 players in the nation with at least 213 rebounds, 37 steals and 33 blocks during the 2019-20 season, according to a release from the program.