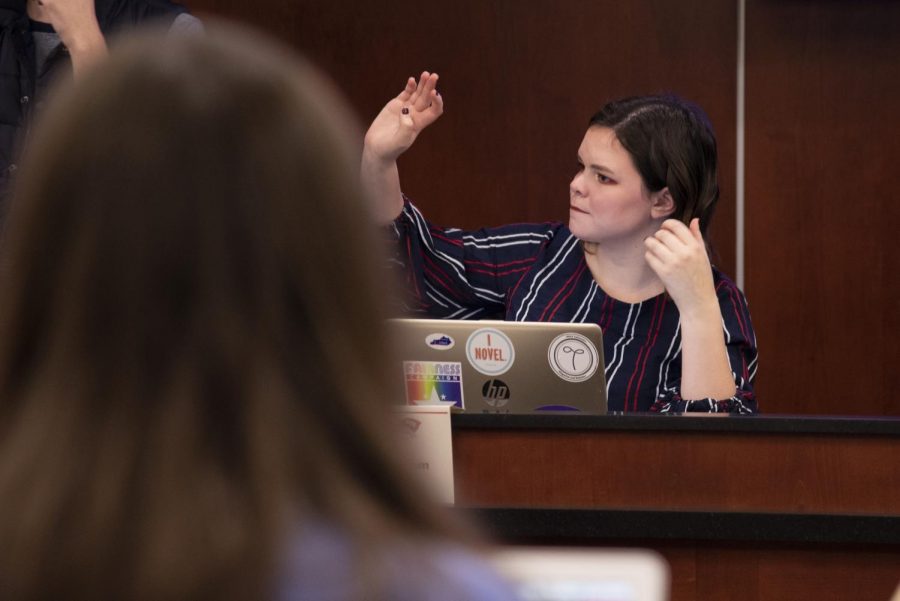 Bill 1-20-S, or “Funding for the ‘Go With the Flow’” program, passed unanimously on the senate floor at the SGA meeting on Tuesday. The bill, which has streamlined availability of feminine hygiene products in campus restrooms, will receive extended funding in its newest run.

The Go With the Flow program has been limited to a budget of $588 as recently as last year. SGA has decided to double this amount, which will allow purchase of more than twice as many tampons.

This bill was originally authored by Kara Lowry, a former AVP, but has been copied to bill. by current Campus Improvement Chair Matthew Barr for the past two years. Barr said the sudden increase in amount for this year’s iteration comes at the heed of rising popularity.

“[The university is] wanting to grow this program more and more every year,” Barr said, after announcing the authored bill would see $1,176 in funding this year.

Barr also hopes to see more permanent fixtures placed in the restrooms; mostly to avoid having to pass the same bill every year. Funds for the bill will come directly from the senate discretionary pool.

Senator Symone Whalin was the only senator to suggest an amendment: an increase in dollar amount from $1,176 to an even $1,300. This amendment was received and added to the bill’s most current iteration.

SGA has yet to announce the installation of this expansion, but expects it in the coming months.