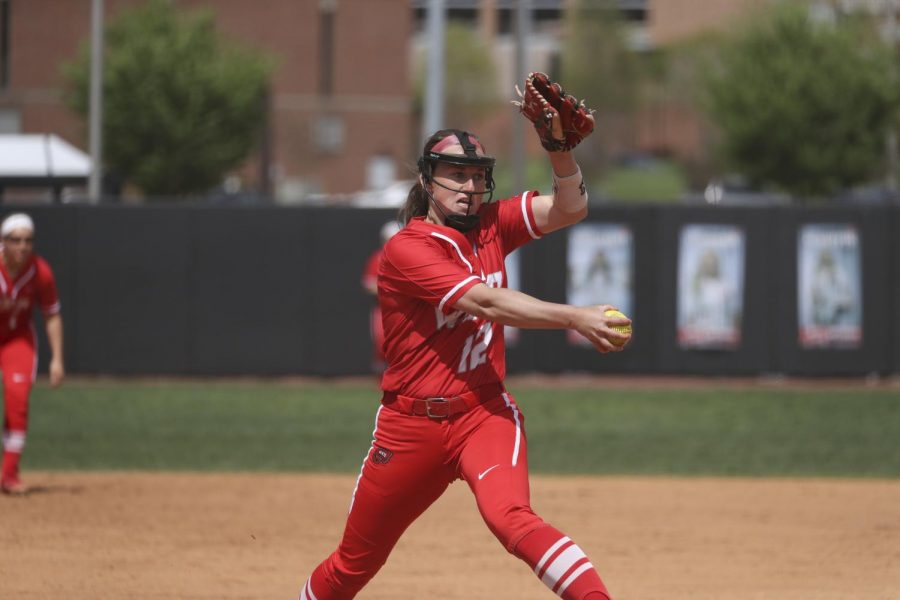 Senior pitcher Kelsey Aikey has been named one of 30 NCAA Division I softball candidates for the 2020 Senior CLASS Award, the WKU softball program announced Tuesday.

Aikey is the first student-athlete in WKU softball program history to be named a candidate, and she’s the lone honoree from Conference USA this season.

“What a great honor for Kelsey to be recognized as a candidate for the Senior CLASS Award,” head coach Amy Tudor said in a release. “This is another great accomplishment and we are very proud of her.”

To be eligible for the award, a student-athlete must be classified as a Division I senior and have notable achievements in four areas of excellence: community, classroom, character and competition.

An acronym for Celebrating Loyalty and Achievement for Staying in School, the Senior CLASS Award encourages students to use their platform in athletics to make a positive impact as leaders in their communities.

Aikey is a health science major at WKU and is on track to graduate in December 2020 with her bachelor’s degree. She’s earned a spot on the C-USA Commissioner’s Honor Roll twice and landed a C-USA Academic Medal distinction as a freshman while making the WKU Dean’s List multiple times.

When she’s back home in Cedar Falls, Iowa, during the summers, Aikey participates in the annual Habitat for Humanity Women’s Build, aiding in the construction of houses back in her community.

Aikey holds winter and summer camps to help train young pitchers from her community and share her knowledge and love of the game. In addition to her own camps and lessons, Aikey helps develop and train softball players through numerous additional camps.

She’s also the varsity assistant coach at her former high school in the summers, guiding the pitching staff and helping them lower their ERA by more than a run and a half in just one season.

As a part of the WKU softball team, Aikey has visited elementary schools to read to students in addition to participating in an annual Southern Kentucky Special Olympics Softball game.

For her career to date, Aikey owns a 2.62 career ERA and a 37-23 record across 109 appearances and 52 starts. She’s thrown 22 complete games, eight complete-game shutouts, an extra-inning no-hitter and owns 14 career saves – a WKU career record that is tied for third among all active NCAA pitchers.

Aikey’s pitched more than 400 innings in her three-plus years on the Hill so far and owns 392 strikeouts. She was named a 2019 Second Team All-C-USA selection, 2020 Preseason All-Conference honoree, four-time C-USA Pitcher of the Week, C-USA All-Freshman Team, NCAA Top Performance honoree from Louisville Slugger/NFCA (2019) and College Sports Madness’ C-USA Player of the Week (2019).

The 30 candidates will be narrowed to 10 finalists later in the season, and those 10 names will be placed on the official ballot. Ballots will be distributed through a nationwide voting system to media, coaches and fans, who will select one candidate who best exemplifies excellence in the four Cs of community, classroom, character and competition.