‘What more could you ask from them?’: Camron Justice’s injury strains WKU starting lineup 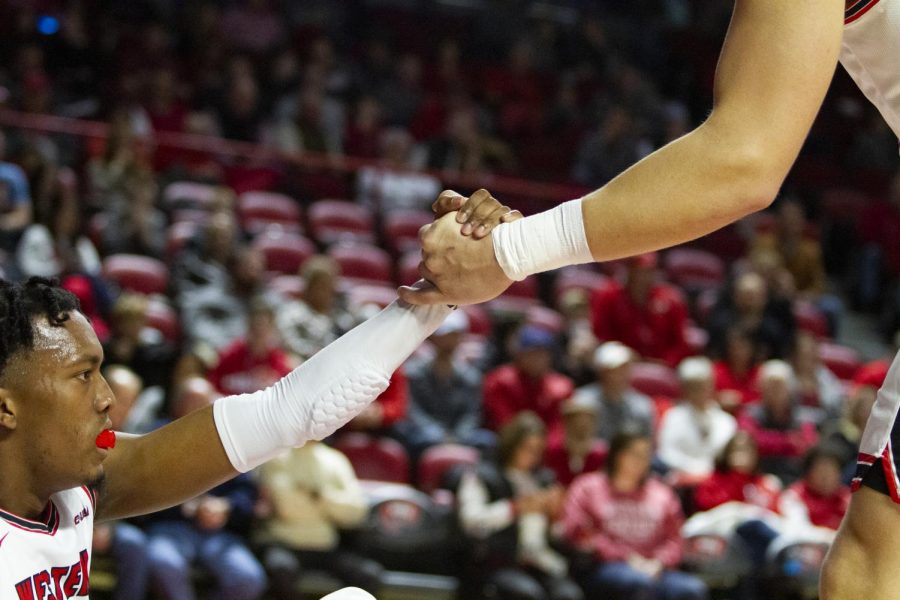 No current WKU players had ever made the trip to Boca Raton, Florida, or Miami, and after the 2019-20 Hilltoppers lost graduate guard Camron Justice for an extended period and posted an 0-2 record in their brief trip to the Sunshine State, the program likely won’t be too eager for future visits to FAU’s RoofClaim.com Arena or FIU’s Ocean Bank Convocation Center.

“There’s no moral victories at all,” head coach Rick Stansbury said. “We’re all disappointed that we lost, but I can walk into that locker room, look those guys in the eyes and they can look each other in the eyes and know they gave every ounce of energy they had.”

Stansbury signed Justice with the expectation he would provide leadership and depth to the squad, but recently the graduate transfer has been forced to lead from the sideline.

Justice started all of WKU’s first 14 games, averaging 12.8 points per game, but he hasn’t returned to the starting lineup since injuring his back lifting weights in early January.

The 6-foot-3-inch guard tried playing hurt against Alabama-Birmingham on Jan. 9, but he was limited to just eight minutes and missed each of the next two contests.

Justice made his return against Charlotte on Jan. 18, giving Stansbury some much-needed depth by playing 20 minutes off the bench. He continued coming off the bench in the team’s next two games before re-injuring himself after just 11 minutes against the Owls.

Stansbury said he believes Justice will be unavailable for the foreseeable future.

“We’ll be without Cam is what it looks like now,” Stansbury said. “I think he’ll get an epidural put in [Sunday], so I’m sure we’ll be without him for the next few games.”

If Justice misses another long stretch of games, the Hilltopper starting five will be burdened with carrying a load similar to the one the unit toted in a pair of heartbreaking losses in Florida.

With Justice relegated to street clothes for essentially the entire weekend, the WKU bench failed to record a single point, which in turn forced the team’s starters to account for 100% of the offensive output produced by the Hilltoppers against the Owls and Panthers.

Beyond being asked to score an exorbitant amount of points, the starters were also tasked with overcoming the extreme level of physical fatigue that comes with playing nearly two wire-to-wire games in a very short timeframe.

Stansbury relied on his starting five for the entire second half in a 69-65 loss at FAU on Thursday, causing four of his five starters to log 36 or more minutes.

The script played out in much the same way during a 81-76 loss at FIU on Saturday, as four Hilltoppers were tasked with having to play 36 minutes or more, including redshirt senior wing Jared Savage, who played the entire 40-minute contest for WKU.

“Those five guys that played, you look at that stat line, what more could you ask from them?” Stansbury said. “As a coach, I’m proud of the effort. Guys showed some dog down that stretch on the road. Trust me, we were tired.”

Before heading for warmer weather, the red-hot Hilltoppers were riding a five-game winning streak and held down the No. 2 spot in C-USA with a 7-1 conference record. WKU trailed only No. 1 North Texas (14-9, 8-2 C-USA), a squad the Hilltoppers defeated 93-84 on Jan. 2.

After a weekend spent on island time, WKU now trails both North Texas and Louisiana Tech (17-5, 8-2 C-USA) — the latter of which is coming to Diddle Arena for the home debut of the team’s new black Nike uniforms in a nationally-televised blackout game on Thursday night.

“For those guys to play the amount of minutes they did, get down and fight, I’ll take the positives from that,” Stansbury said. “We got an L from it, but we’ll build on that effort and toughness these guys played with. I’m proud of that.”