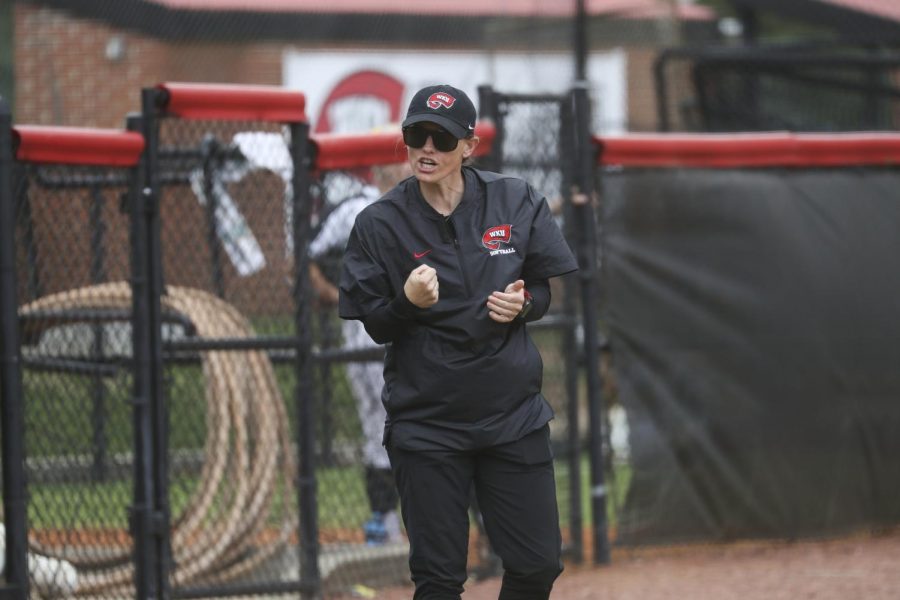 The WKU softball team (3-2) kicked off the 2020 season at the Trojan Classic in Troy, Alabama, last weekend, and the Hilltoppers faced a total of five games in three days. WKU met four different opponents, winning three out of its five games.

WKU closed the weekend with back-to-back wins, gaining a lot of experience along the way since 17 players saw action during the team’s opening weekend.

“We did some good things this weekend, which we will build upon,” head coach Amy Tudor said in a release. “Also, we did some things that are focus points for us this week. Finally, we’d like to give a big shout out to our fans that made the trek.”

The Hilltoppers started the season by splitting a doubleheader on Friday. Their first game was against the Lipscomb Bisons, a team WKU will face three times this season.

WKU scored two runs in the second inning off a two-RBI double from sophomore right fielder Taylor Davis. Lipscomb scored three runs in the next two frames, jumping out in front 3-2.

WKU would leave runners stranded on base multiple times, as the Bison kept the Hilltoppers off the board for the rest of the game and handed WKU its first season-opening loss since 2012.

The Hilltoppers’ second game of the day on Friday resulted in history — Tudor earned win No. 400 in her coaching career after defeating the College of Charleston.

“I’m thankful for all of the players and coaches that have been a part of these 400 wins with me,” Tudor said in a release. “I can still remember the first one. I’m just really happy to see the team get a win today.”

Carter’s blast proved to be too much for the Cougars, as WKU eventually claimed a 7-3 victory and its first win of the season despite yielding two runs in the top of the seventh inning.

Saturday started much the same way as Friday did — WKU scored the opening run against North Florida, but the Hilltoppers failed to score another run for the rain-delayed duration.

UNF took the lead in the top of the fourth, as the Ospreys scored three runs after a two-RBI single from second baseman Kayla McGory. WKU was held to only three hits for the entire game, while UNF doubled the Hilltoppers with six. The Ospreys took the win, 3-1.

The Hilltoppers played their fourth game of the weekend against the host team, Troy, on Saturday afternoon.

The Trojans opened the game by scoring two runs in the first inning, but that would ultimately be Troy’s only runs of the game. Troy would only register one more hit for the rest of the game off senior pitcher Kelsey Aikey.

WKU would tie the game in the third, scoring two runs. The teams remained at a 2-2 stalemate from there, pushing the game to an extra inning. Carter came through again, this time smacking  an RBI single to left field and securing an extra-inning 3-2 win.

Aikey picked up her first win of the season in the circle, recording her third career extra-inning complete game win. She finished with 13 strikeouts, four hits and one walk.

In their last game of the weekend, the Hilltoppers avenged their Saturday morning loss to UNF by recording a 3-0 shutout win over the Ospreys in Sunday’s rematch.

“I am proud of our response and toughness today,” Tudor said in a release. “We were at the ballpark for 12 hours yesterday and came out today with the same level of focus.”

WKU made a 180-degree change from its first matchup with UNF, as the Hilltoppers produced more than double the hits they’d logged just a day before.

The Hilltoppers outhit the Ospreys 8-3, and junior pitcher Shelby Nunn earned her second win of the weekend, pitching 5.0 innings with two strikeouts and only two hits allowed. Aikey earned her first save, coming in for the final 2.0 innings and only giving up one hit.

WKU will be back in action next weekend at the Chatt Challenge in Chattanooga, Tennessee, which is being hosted by Tennessee-Chattanooga.

The Hilltoppers will play five games throughout the weekend, including a rematch against Lipscomb. WKU will open play against Ohio at 10 a.m. on Friday.