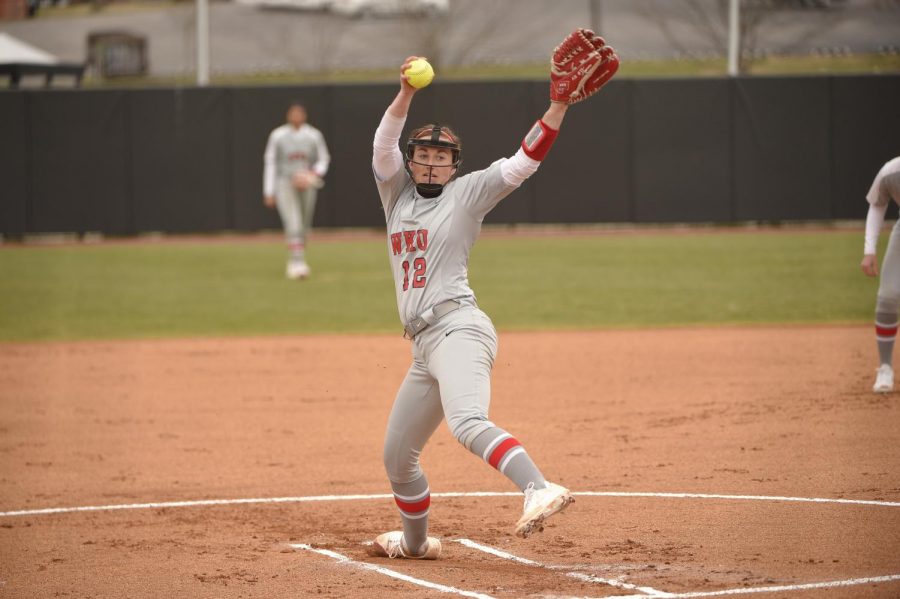 Senior pitcher Kelsey Aikey was named the Conference USA Co-Pitcher of the Week after picking up two wins in the circle, striking out 27 batters and posting a 1.24 ERA across four total appearances in the Hilltopper Classic over the weekend, the league office announced Monday.

Aikey now owns five career Pitcher of the Week awards across her time on the Hill, earning two during her sophomore season and two more during her junior season. She was also named one of 30 NCAA Division I softball candidates for the 2020 Senior CLASS Award on Feb. 18.

“I was proud of the way Aikey competed in the circle this weekend,” head coach Amy Tudor said in a release. “She made some key adjustments from game to game which aided in her success.”

Aikey recorded double-digit strikeouts in both contests, owning 10 against the Sycamores and matching her career high with 13 against Green Bay. In her win over ISU, Aikey allowed just one Sycamore hit for the fifth one-hitter of her career.

Across the weekend, she worked 17 innings in the circle, allowing just three earned runs and five walks while striking out 27. Aikey held weekend opponents to a .197 batting average.

Aikey now owns 75 punchouts on the season, which leads C-USA and ranks No. 9 in all of NCAA softball this year. Her six wins are tied for first in the league and are No. 20 in the nation.