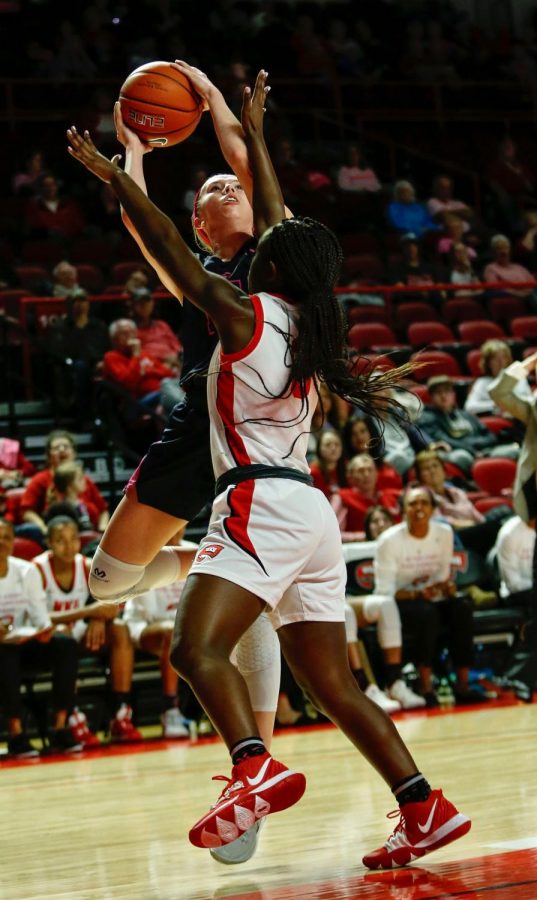 After using the 3-point shot to bury Texas-San Antonio (6-18, 2-11 C-USA) in the first half over the weekend, WKU women’s basketball head coach Greg Collins seized an opportunity.

With the result all but sealed late in the game on Feb. 15, Collins pulled his starters and allowed his bench players to have substantial opportunities in the waning minutes.

“I’m just getting used to the offense and how everything flows,” Brown said. “You know, being a freshman, you just got to learn the ropes and watch other people before it’s your time.”

Brown said she’s been seeking to rise to the occasion since junior guard Sherry Porter suffered an MCL injury against Florida International on Feb. 1.

“I just figured since one of our guards went down, it was my turn to kind of step up since I was the next man up behind Sherry,” Brown said. “I just wanted to fill in her shoes. It’s pretty hard to do, but I’m trying.”

Brown said that she’s sought advice from Porter and other veteran members of the team.

“I talk to them a lot,” Brown said. “They help me a lot in practice, just telling me where to be and what to do, and they keep encouraging me, and they all just help out a lot since I’m very new to this.”

Collins said he was happy with the win over UTSA, calling it the Lady Toppers’ (16-6, 8-3 C-USA) most consistent game yet. The second-year head coach discussed how an early lead helped him get more players involved in the action than usual.

Another player who’s been seeing more time for the Lady Toppers of late is redshirt freshman guard Myriah Haywood, who finished Saturday’s game with two points, one assist, four rebounds, one steal and one blocked shot in over 19 minutes of action.

With UTSA dispatched, the Lady Toppers will take on Marshall (11-13, 6-7 C-USA) on Thursday in Diddle Arena. WKU sits in third place in Conference USA, riding an eight-game winning streak and a 12-game home winning streak that dates back to March 2019.

The Thundering Herd sit in eighth place and are on a two-game winning streak of their own, but they’ve posted a lowly 3-8 record away from the Cam Henderson Center this season.

The game is scheduled to begin at 6 p.m. and will be available for viewing on ESPN3.