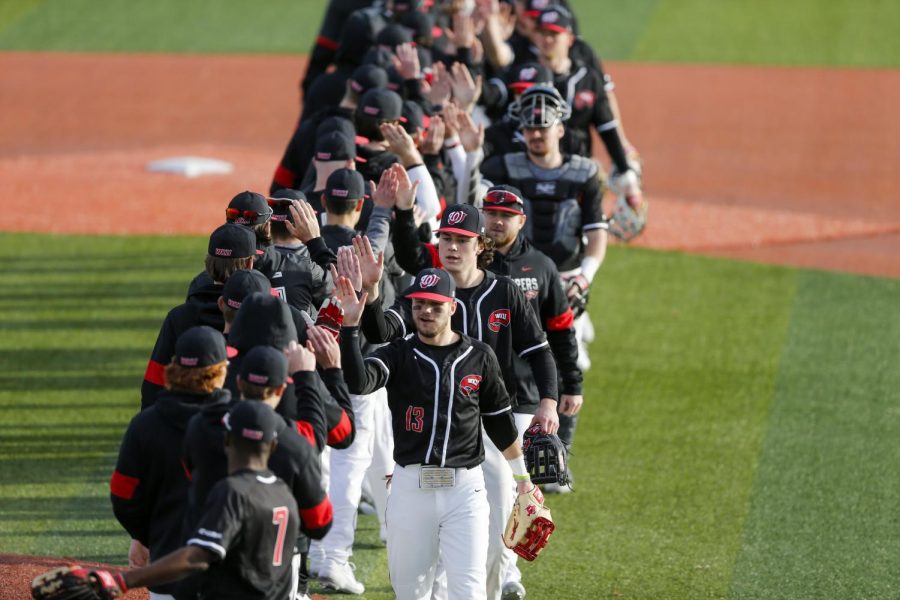 The WKU baseball team (2-1) grabbed two games in its opening series against Valparaiso (1-2) over the weekend, claiming a 2-1 series win over the visiting Crusaders. The Hilltoppers opened their season on a high note, and WKU is now one game above .500 to begin the new year.

WKU opened its 2019 campaign with a 3-0 series sweep against Northern Kentucky, and although the 2020 Hilltoppers dropped an extra-inning decision against Valpo on Monday, head coach John Pawlowski said he’s still proud of the way his team competed over the weekend.

“All three games our guys came out ready to compete, and winning two of three is a good step for us,” Pawlowski said following the completion of the series on Monday. “After playing three days in a row the guys will have an off day tomorrow and then be ready to go Wednesday. They’ll come back with the right mindset and be ready to face another challenge.”

WKU started off the 2020 campaign by winning its first game of the season, 9-3. The Hilltoppers were led by redshirt junior pitcher Michael Darrell-Hicks. Darrell-Hicks pitched five innings and struck out eight Valpo batters, claiming the win in his first appearance in over a year.

“It feels good,” Hicks said following his 75-pitch performance. “I just wanted to fill up the strike zone and help my team get a win, I did that today.”

Senior infielder Richard Constantine singled at the bottom of the first inning, officially becoming the first Hilltopper to slash for a hit this season.

The Hilltoppers posted just three scoreless innings, scoring all nine of their runs in innings two through six. Valpo scored two runs in the ninth inning before Vinyard struck out the final Valpo batter.

The Hilltoppers came into their second game against the Crusaders with momentum from their season-opening victory, scoring six runs in two innings to claim a 6-2 victory over Valpo.

Valpo scored first, capitalizing on a wild pitch from junior pitcher Sean Bergeron, a transfer from Angelina College who earned the start on the mound in his first appearance as a Hilltopper.

Senior outfielder Ray Zuberer III and senior shortstop Kevin Lambert helped the Hilltoppers dig themselves out of an early hole, combining for four of the team’s five RBIs.

Lambert and senior infielder Jack Wilson continued their early-season streaks of games with at least one RBI, as Lambert and Wilson both tallied at least one in game two.

“The good thing about having seniors in the lineup is that we have so many of them,” Zuberer III said. “The guys at the bottom of the lineup, they’ve been here for a while, and they put good swings on balls and they always have.”

WKU utilized two pitchers from the bullpen, as junior pitcher Dalton Shoemake and redshirt sophomore transfer Jake Kates made their first appearances of 2020 in relief of Bergeron.

WKU outscored Valpo 15-5 in the first two games of the series, but the Hilltoppers ran out of gas on Monday afternoon, falling 5-3 in the tenth inning.

Junior transfer Aristotle Peter earned his first start as a Hilltopper for the final game of the series, finishing with three strikeouts in five innings of work. Redshirt junior Bailey Sutton absorbed the loss, giving up two earned runs in the decisive frame.

Through the first three frames, neither program generated any offense. Valpo scored first for the second consecutive game, as Riley Dent scored on a passed ball to take an early 1-0 lead.

WKU punched back with its first two homers of the season. Zuberer III homered to tie the game, and sophomore outfielder Jackson Swiney homered two batters later, giving WKU a 2-1 lead in the bottom of the fourth inning.

Dent returned fire once more in the top of the sixth inning, adding a two-run home run to reclaim the lead for Valpo at 3-2. Lambert notched an RBI for the third consecutive game, scoring Sims to tie the game at 3-3 in the bottom of the sixth inning.

The game remained tied until the Crusaders added two runs in the tenth inning from a bunt single and a laser to left field, allowing Valpo to avoid a season-opening sweep.

WKU will be back in action at Nick Denes Field this week, hosting Murray State (0-3) on Wednesday and Wright State (0-3) for a three-game set on Friday, Saturday and Sunday.

Like the Hilltoppers’ season-opening contest on Feb. 14, WKU vs. Murray State was moved due to projected inclement weather. The midweek game was originally set for 3 p.m. on Feb. 18 in Murray, but WKU will now face the Racers at 3 p.m. on Feb. 19 in Bowling Green.

The Raiders will head to Bowling Green after a lopsided opening series against Power 5 Mississippi State in Starkville, Mississippi, and another Power 5 tilt at Louisville.