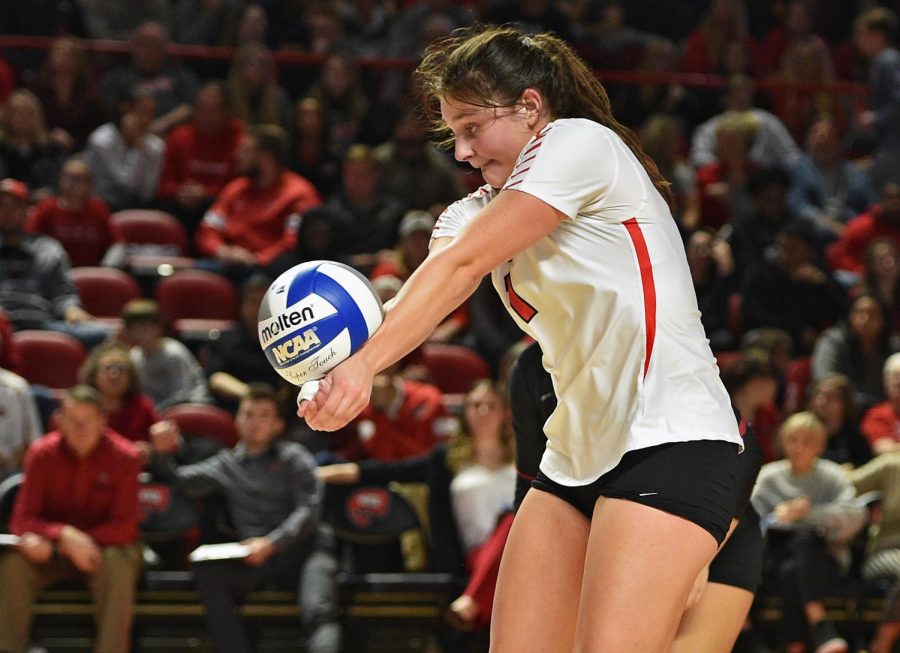 For the fourth time in the last five seasons, the WKU volleyball program will be represented at the U.S. Women’s Volleyball National Team Open Tryouts in Colorado Springs, Colorado, as Paige Briggs and Lauren Matthews will vie for a chance to wear their country’s colors.

Tryouts are slated to take place at the U.S. Olympic and Paralympic Training Center from Feb. 21-23. The tryout will evaluate athletes from 95 colleges from across the country for spots on the U.S. Women’s National Team and the U.S. Collegiate National Team program.

Four athletes will also be trying out for the 2020 U.S. Women’s Junior National Team. The breakdown for the tryout includes 67 outside hitters, 48 liberos, 37 middles, 37 setters and 25 opposites.

The tryout will involve four sessions with three waves per session. The first session goes from 3-9 p.m., while the two sessions on the second day are at 9 a.m. and 9 p.m.

The final session begins at 8:30 a.m. with tournament style play, along with 16-18 athletes selected by the U.S. Women’s National Team staff to participate in a “USA” training session. The concluding session wraps up at 11:30 a.m.

All sessions minus the USA training session will be streamed live at this link. USA Volleyball will use #USAVtryout as the event hashtag for photos, notes, quotes and stories posted to its social media platforms Facebook, Snapchat, Twitter and Instagram under the handle @usavolleyball.

In just her second season on the Hill, Matthews was selected as both the AVCA South Region Player of the Year and Conference USA Player of the Year prior to landing AVCA Honorable Mention All-American honors. She also collected C-USA Tournament MVP recognition.

Briggs and Matthews are looking to join a special group of Lady Topper greats who have been a part of USA Volleyball, including Megan Argabright, Aquila Orr, Ashley Potts and Rachel Anderson.

Argabright was named to the USA Developmental team that travelled to Buenos Aires to compete against the Argentina National Team in 2007.

Orr was a member of the USA Third Degree Team that traveled to Italy to compete during the summer of 2007, while Potts was named an alternate for the USA Volleyball A2 National Team in 2013.

Prior to her junior season on the Hill in 2017, Anderson earned a spot on the U.S. Collegiate National Team – Minneapolis Program.