SGA plans trip to Rally for Higher Education in March 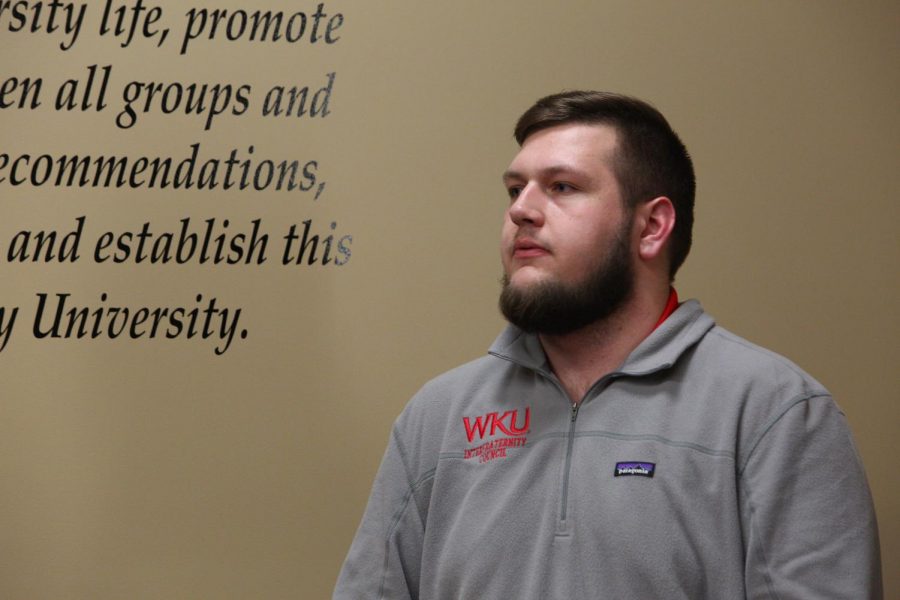 Student Body President Will Harris speaks during the SGA meeting on Tuesday, Feb. 4.

The senators of WKU’s Student Government Association may visit the state’s capital next month for the annual Rally for Higher Education. Some senators and committee chairs, however, have silently vacated their positions since fall semester, placing strain on the strength in numbers of SGA’s senate body.

The rally will allow student senators to meet with Kentucky legislators and state senators on the job in Frankfort. Student senators will also have the chance to pitch ideas for state legislation. Jennifer Smith, WKU’s director of Government Relations, will meet with the senate before their trip as well, giving student senators advice on how to talk to legislators when pitching their ideas.

The WKU SGA will be accompanied by student governments from across the state. SGA also plans on aligning with the Prichard Committee Student Voice Team, in preparation for what is set to be one of the highest turnouts in the history of the rally.

Harris hopes that each SGA from the schools attending, including WKU, will bring at least 30 students on the trip to Frankfort this March.

Vice President Garrett Edmonds said he thinks the rally itself is a great opportunity for the senate and WKU in general, noting the importance of having a governor that is as invested in higher education as Gov. Andy Beshear.

“Whenever our state legislators see us up there advocating for [higher education] along with [Beshear] and his team advocating for this, we have a chance to secure funds for the thing that we believe in, and that’s WKU,” Edmonds said.

A number of senators have trickled out of the senate body since winter break with most senators having left amicably on grounds of studying abroad or otherwise conflicting schedules, but it is still important to President Will Harris to have a whole and functional SGA.

“One of the things that I really want to focus on here is getting everyone on the same page,” Harris said at the beginning of the meeting.

Both the SAVES and Sustainability Committee Chairs are presently vacant, with no current prospects for replacement. Present senators were urged to apply for these positions as soon as possible.

Harris, looking to combat the downward trend in SGA membership, posted an open SGA application on social media. Any student may apply for an SGA senate position, and, depending on the number of respondents, may be interviewed in person to determine eligibility.