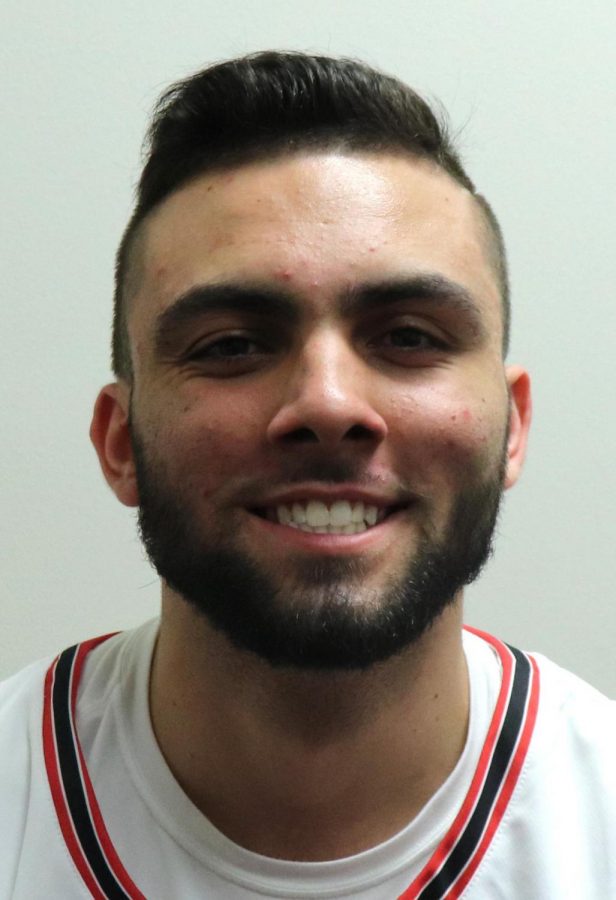 Stack, a senior from Louisville, has been a men’s basketball manager for four years. He’s now listed as a 6-foot-1-inch, 185-pound guard on the Hilltopper basketball team’s official roster page.

The program revealed Stack would be “a new player in uniform” hours before the team’s Conference USA Bonus Play opener against Charlotte on Feb. 22, and the former manager sat on the Hilltopper bench with other reserves after participating in pregame warmups. He never entered the game.

According to his WKU bio page, Stack is a full-fledged member of “the playing roster” for the Hilltoppers, which head coach Rick Stansbury indicated during his postgame presser after the 72-70 loss.

“Evan is a guy that’s a manager, and he practices with us,” Stansbury said. “He’s able to be a basketball player. He practices every day with us. We decided to let him dress these last few games.”

As the Herald previously reported, Stack attended Louisville Male High School. He didn’t play high school basketball at Male, instead opting for a student manager spot with the Bulldogs.

Stack is the first WKU men’s basketball player to wear No. 20 since Dalano Banton, a highly touted freshman who transferred to Nebraska after spending only the 2018-19 campaign on the Hill.

The addition of Stack increases the number of players Stansbury has on his roster to 14, and the former manager’s inclusion also increases the total number of Hilltopper seniors by one.

Stack also gives WKU seven native Kentuckians on its 2019-20 roster, tied for the most in the state and the Hilltopper basketball program’s most since the 1980-81 campaign, according to a tweet.