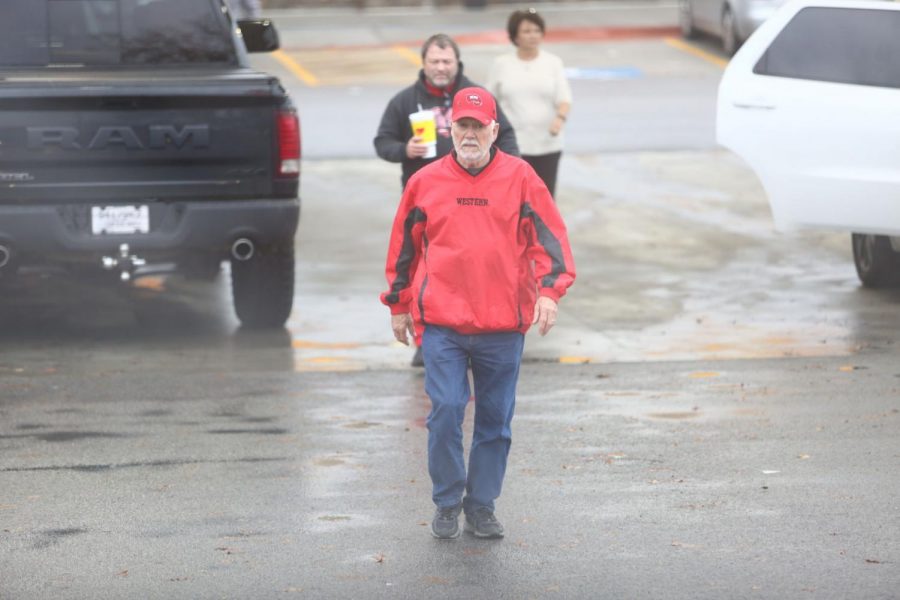 WKU fan and Bowling Green native Gilbert Grogan leads a pack of Hilltopper fans back to their buses while at a rest stop just outside of Little Rock, Arkansas, on Dec. 29, 2019. Grogan was a student at WKU before transferring to the University of Kentucky to graduate in 1968. The First Responder Bowl was the second WKU bowl game that Grogan had attended, as he also rode a fan bus that got stuck in snow while travelling to see WKU play Central Michigan in the 2012 Little Caesars Pizza Bowl in Detroit. “My bus made it there just in time for kickoff,” Grogan said.