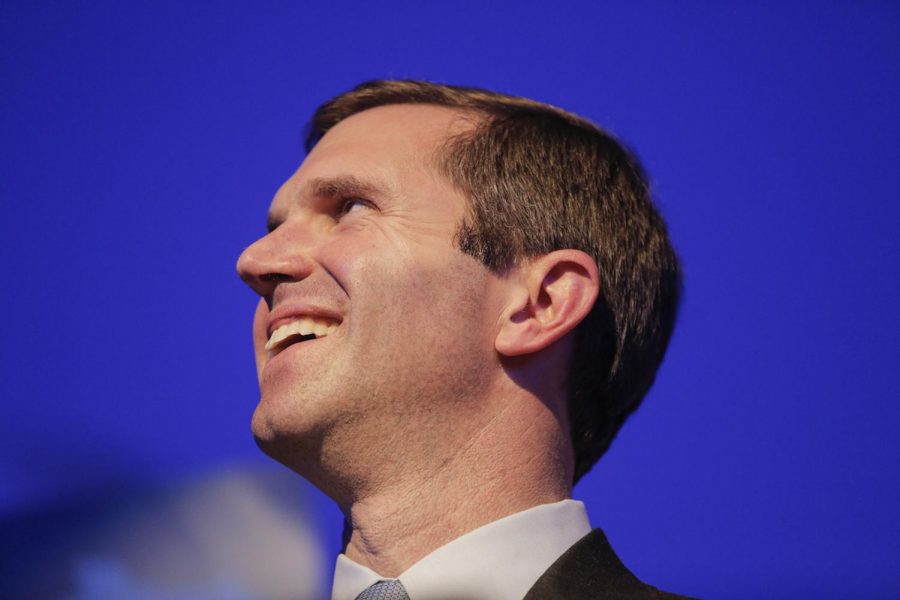 Gov. Andy Beshear’s Tuesday budget address saw unprecedented increases in funding and decreases in what the governor called “bone-deep” cuts. Among the many new directions taken in Gov. Beshear’s proposal was the decision to champion and extensively fund public education.

Kentucky sits at No. 20 in WalletHub’s list of public school systems in the United States. Public education sits at the top of what Beshear said he believes should be all Kentuckians core values.

Beshear’s detailed plan for education in the coming fiscal years included a total of $86.5 million being used to support Kentucky’s school systems statewide. This investment will break down largely into purchasing updated textbooks and school supplies for schools whose equipment has become dated. His proposal would see security systems proposed by last year’s “School Safety and Resiliency Act” paid in full and installed in schools across Kentucky.

Beshear added investment in teachers was just as important as the schools themselves, and hopes to work toward a standard salary raise for Kentucky teachers. He went on to propose the reinstatement of both teacher loan forgiveness and teacher scholarship programs in the coming years.

The governor also announced big plans to invest in improving infrastructure in Kentucky colleges. His proposal would make a $200 million bond fund available to Kentucky’s universities, with the intention of streamlining infrastructure improvement in those schools.

Beshear supplemented his support for schools by announcing the proposal’s planned use for lottery revenue. He claims that the newly acquired lottery revenue, through his proposal, could be used to create nearly 60,000 scholarships for Kentucky college students. This is in stark contrast to the former Gov. Matt Bevin, who was criticized in 2018 for proposed cuts to scholarship funding.

Scholarship funding was not Beshear’s sole budgeting focus. He announced that the proposed budget would allow the University of Louisville to follow through with a $35 million hospital acquisition. U of L announced intentions to purchase Jewish Hospital in Louisville late last year. U of L President Neeli Bendapundi claims this move was made to ensure continuation of “high-quality medical care” provided by the hospital and its constituents. This supports Beshear’s goal to reform healthcare for Kentuckians.

To fund these endeavors, Beshear will rely mostly on “four buckets”: tax revenue, fund transfers, resource maximization and new revenue proposal. The only taxes increased in Beshear’s proposal are those of sports betting, cigarettes and the additional introduction of a vaping tax. He made no mention of plans to increase income tax.

Beshear said he hopes his proposal is one that crosses party lines by solving issues that are important to all Kentuckians, creating what he calls a “better today for our family and a better tomorrow for our children.”

“There are finally dollars to start reinvesting in our families,” Beshear said, “[and we] are showing that, in Kentucky, education comes first.”