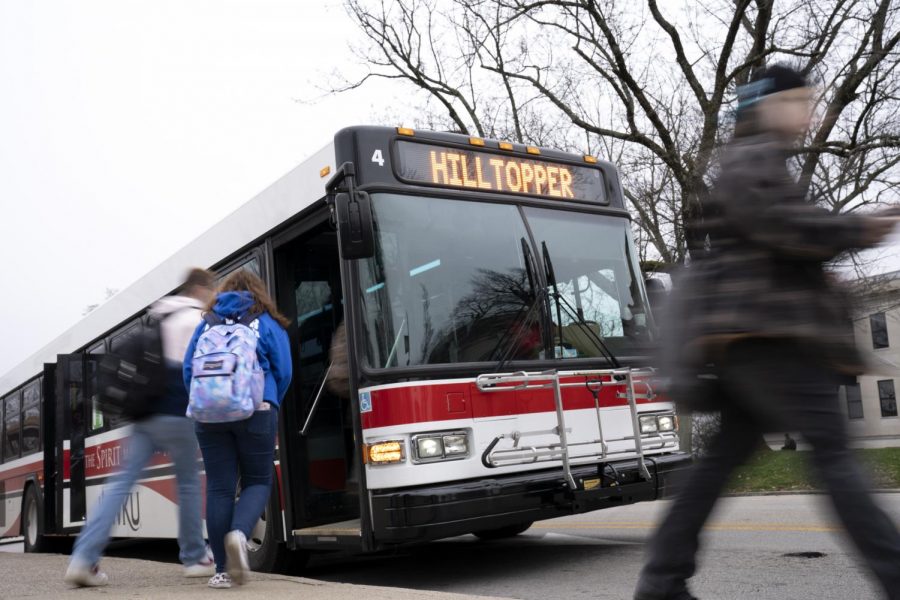 Students have noticed the recent changes to transportation on The Hill. “I feel as if there have been more stops catered for students living off-campus, which is great for me since I moved to Chestnut Street,” Hossein Faridouni, a junior from Dubai, UAE, said. “I think [Parking and Transportation Services] are looking more at where students are living to improve.”

WKU Parking and Transportation Services made several changes to the Topper Transit routes this semester to “improve efficiency.”

A Jan.15 press release announced significant changes to WKU’s Hilltopper and Big Red bus routes, including an additional running day for the university’s Shopping Shuttle, which began to run consistently on Wednesday evenings in addition to Saturdays.

The route changes went into effect at the start of the Spring 2020 semester, according to Jennifer Tougas, director of WKU Parking and Transportation.

Another change to the services provided by PTS is the addition of the Topper Taxi system.

Tougas compared the system to Uber, although Topper Taxi is limited to campus, South Campus and Topper Transit bus stops. According to Tougas, Topper Taxi is a closed system for the use of WKU students, faculty and staff.

Tim McWhorter, assistant director of transportation, also commented on the addition of the Topper Taxi system and said that the biggest advantage to the Topper Taxi service is one of safety.

“In essence, it’s a safe ride home,” McWhorter said. “It gives students the opportunity if they’re parking in a parking structure or parking lot or if they’re at a computer lab late in the evening. We’re happy to pick anyone up; it doesn’t matter the distance on campus.”

McWhorter said that Topper Taxi is a free service just like the other transit options provided by PTS and gave instructions on how to use the service:

2. Once the app is opened, scroll to see WKU’s name and select that option.

The release also provided the links below to aid students in learning the new routes: