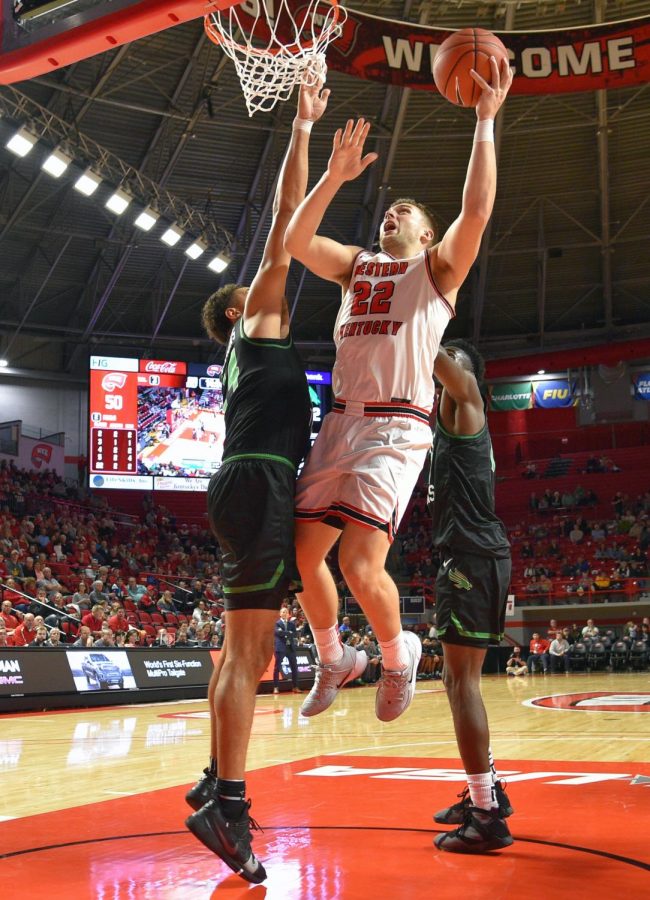 Redshirt junior forward Carson Williams was crowned Conference USA Co-Player of the Week for the first time in his career after guiding WKU to its first 2-0 start in C-USA play since the 2017-18 season, the league office announced Monday.

The 6-foot-5, 230-pounder started his first nine games this season at the power forward position before being moved to the five-spot after C-USA Preseason Player of the Year Charles Bassey suffered a season-ending injury against Arkansas on Dec. 7, 2019.

Since Bassey’s departure in early December, Williams has guided WKU in points and rebounding at the center position with averages of 18.5 points and nine rebounds per game.

The Owenton native was particularly strong in his new role last weekend, averaging a stellar 18 points, 7.5 rebounds and 2.5 assists in 35 minutes per game across WKU’s two home victories against North Texas and Rice.

He shot 71.4% from the field, made his only 3-point attempt and added two blocks, two steals and zero turnovers across two games in Diddle Arena last weekend.

WKU opened league play on Thursday with a 93-84 comeback win against North Texas. Making his C-USA debut, Williams scored 14 points on 5-of-7 shooting and dished out four assists in 33 minutes of action.

The upperclassman led the Hilltoppers in a 68-61 victory against Rice on Saturday by collecting 13 rebounds and 22 points on 10-of-14 shooting from the field in 37 minutes.

Williams also picked up his second double-double of the season and reached double-digit points for the 10th time this season against the Owls.

Williams is now the third Hilltopper player to receive a weekly award this season, following in the footsteps of Dec. 2 C-USA Player of the Week Bassey and Nov. 25 C-USA Freshman of the Week Jordan Rawls.