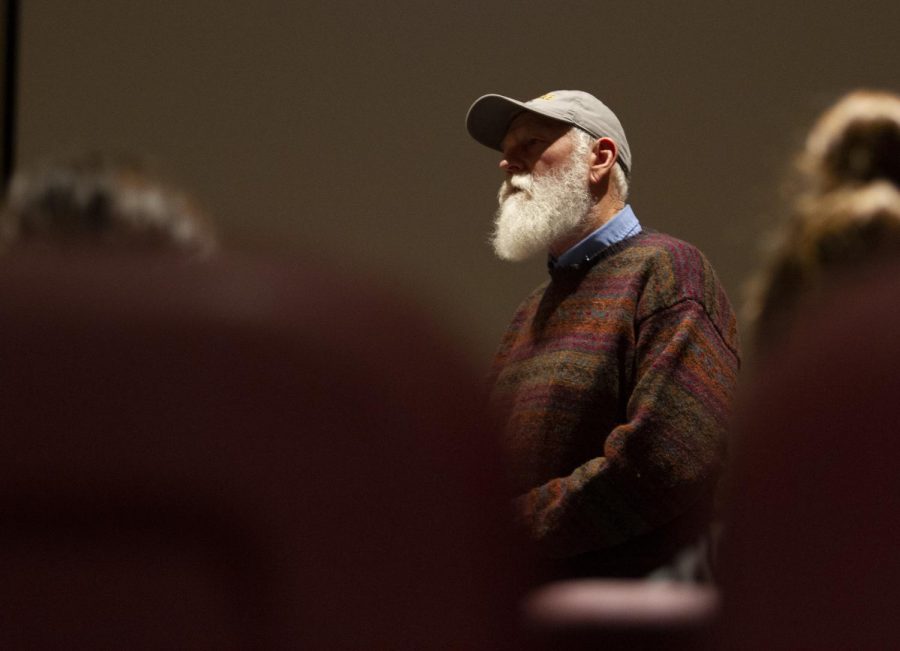 For 50 years, Dave LaBelle has seen the world through pictures. On Tuesday, Jan. 28, LaBelle visited WKU to discuss his experiences as a photojournalist and presented his new book, The Story of Ruth, which tells about the death of his mother.

David LaBelle, a former faculty member in WKU’s photojournalism program, has been working in photography for 50 years. On Jan. 27, LaBelle hosted a lecture for PJ students, telling stories of the world he spent half a century photographing.

LaBelle got his start in photography in 1970, when he began working at a newspaper in high school. A year later, he won the Region 10 National Press Photographers Award. LaBelle said his early photography “came naturally.”

“I look at what I shot the first year and… I would have said ‘hey, this kid’s got some potential,’” LaBelle said.

Because LaBelle did not go to a photography school, he said he was not influenced by photographers. Instead, LaBelle said the Dutch artist Rembrandt inspired him to use lighting in different ways.

“Rembrandt influenced me a lot,” LaBelle said. “He taught me to see and to feel light and to use it to create mood.”

LaBelle also said he was inspired by Norman Rockwell’s paintings, such as those that appeared in the Saturday Evening Post. He said his love of storytelling was inspired by Jesus Christ, who he considers to be “the greatest storyteller ever born.”

“Jesus taught me the meaning of compassion in pictures, a lot,” LaBelle said.

Even with the success LaBelle saw over his career, he had a simple answer when asked what he would do differently.

“Everything,” LaBelle said. “I’m so impatient. Almost every mistake I’ve made in my life I can attribute to being impatient.”

Tim Broekema, photojournalism professor, was taught by LaBelle when Broekema was a student at WKU in 1987. Broekema said the biggest lesson he learned from LaBelle was compassion.

“‘Make me care’ is one of my mantras as a journalist,” Broekema said. “Your job as a visual storyteller is to make an image that makes those that don’t know they care suddenly realize they care. I think Dave really instilled that in me.”

LaBelle also discussed his writing career along with his new book, which tells the story of his mother’s death during a flood.

“I have to write,” LaBelle said. “I have to share what I’m feeling.”