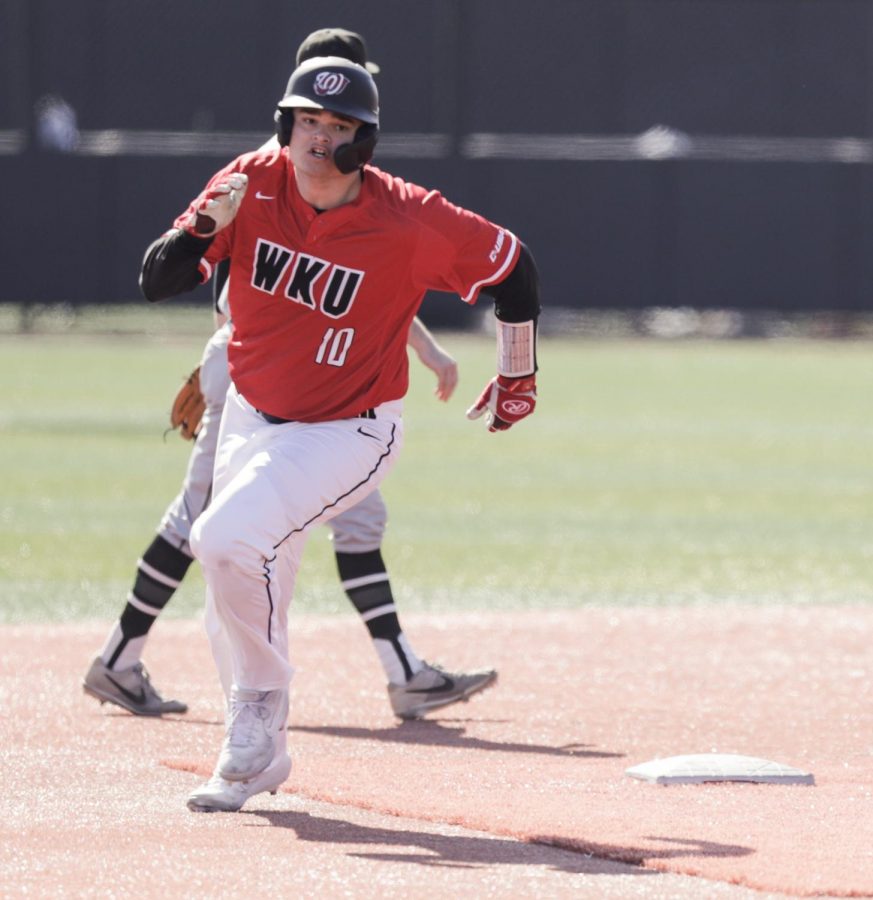 WKU’s designated hitter graduate Davis Sims was named one of 30 candidates named to the 2021 Senior CLASS Award on Thursday. Sims is the lone Conference USA player on the list.

Prior to the regular season, Sims was named to the Preseason All-Conference USA team and the Bobby Bragan Collegiate Slugger Award Watch List.

For a student athlete to gain eligibility for the Senior CLASS Award, they must be classified as an NCAA Division I senior athletically and have notable achievements in four areas of excellence: community, classroom character, and competition.

The award focuses on the student athlete as a whole, while encouraging these students to use their platform in athletics to make positive impacts in their communities.

The Senior CLASS Award stands for Celebrating Loyalty and Achievement for Staying in School.

Sims has a bachelor’s degree in finance, while holding a 3.66 graduate GPA. He is pursuing his master’s in business administration, while being named to both the Dean’s List during his time on the Hill.

Sims has volunteered in the local community during his time at WKU helping out groups like Coastal Plains League Kids Camp, Superior Care Home Nursing and Rehabilitation, Paducah Chiefs Baseball Organization and Hoops for Heroes, among many others.

This season Sims has 23 hits and 17 RBIs. Sims’ batting average is .242 and has hit two homeruns heading into the weekend series against Marshall.

The Senior CLASS Award list will be narrowed to 10 candidates in May and the winner of the award will be announced during the 2021 College World Series in June.