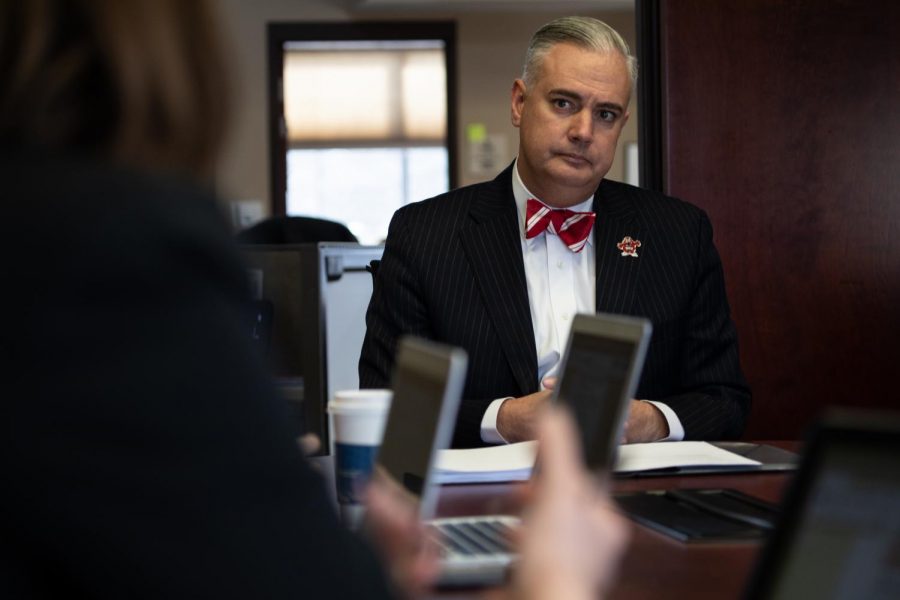 In his semesterly meeting with the Herald editorial board, WKU President Timothy Caboni said the committee is being led by Brian Kuster, vice president of enrollment and student experience, and Lynne Holland, dean of students.

“We’re going to be doing a self assessment of Greek life,” Holland said. “Where are we, where are some areas we need to improve, and we’ll have the committee make recommendations.”

Holland also said the committee will examine ways Greek life can improve and prepare its members for life after college.

In the fall of 2019, a video was posted to social media showing members of the Alpha Xi Delta sorority singing a racial slur in a rap song. In the aftermath of this incident, neither WKU nor the national Alpha Xi Delta organization took any action against the sorority.

Bob Skipper, director of media relations, said the incident was a learning opportunity for those involved.

Not long after the AXiD video, the Herald obtained a video of a member of Chi Omega singing the same slur in another song. WKU handled this incident the same way it did with AXiD, giving disciplinary responsibilities to the national chapter.

In response to the AXiD and Chi O incidents, a protest at Kappa Delta’s Shenanigans was led by two members of the Student Government Association. SGA also passed a resolution condemning AXiD and seeking its removal from greek affairs. The resolution passed 24-7 in the student senate but was vetoed by the SGA executive committee.

A third video surfaced which showed members of the Alpha Tau Omega fraternity singing along to “Mo Bamba” by Sheck Wes with lyrics that included a racial slur.

Following the video, the national ATO organization issued a statement saying the members’ use of the word was an “extremely poor choice.”

In the same Herald meeting, Caboni discussed the video incidents and the creation of the board.

“That behavior is unacceptable on our campus,” Caboni said in the meeting. “No white student should be using the N-word on our campus, and so part of that conversation in [the Interfraternity Council] and among the greek community has to be, what are the effects of your words.”

Reporter Jack Dobbs can be reached at 270-745-0655 and [email protected] topper.wku.edu. Follow him on Twitter at @jackrdobbs.