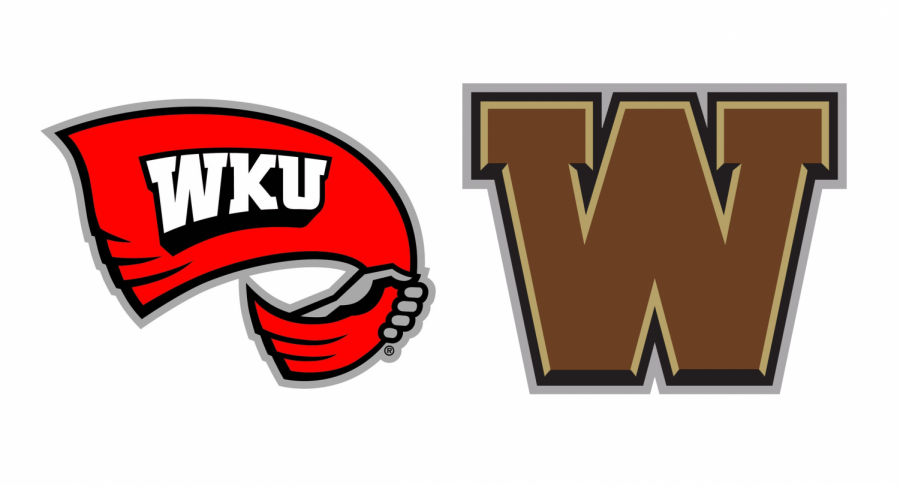 When WKU and Western Michigan meet in Monday’s First Responder Bowl in Dallas, the two teams will be squaring off for only the 16th time ever and the first time in over 72 years.

In 1947, which was the last time WKU and WMU met on the gridiron, the average cost of a house was $6,600, a gallon of gas cost 15 cents, “The Diary of Anne Frank” was published and Jackie Robinson debuted with the Brooklyn Dodgers.

While the WKU and WMU football teams might not have much in the way of recent history, the two Westerns come into their bowl matchup with several obscure connections.

WHAT’S IN A NAME?

The origins of the WKU and WMU football programs are actually very similar, especially as it relates to team nicknames. WMU football was known as the Hilltoppers until 1939 because part of the school’s campus in Kalamazoo, Michigan, was built on Prospect Hill.

Then-assistant coach John Gill soon suggested WMU adjust its nickname, partially because he didn’t want to be confused with the WKU Hilltoppers. WMU became the Broncos prior to the 1939 campaign, which is when WMU began playing at the newly-built Waldo Stadium.

Eighty years later, WMU is still known as the Broncos and Waldo Stadium is still its home.

NOT THE FIRST TIME

For WKU redshirt junior receiver Jahcour Pearson and WMU sophomore cornerback Ginial Isma, the First Responder Bowl won’t be the first time the two have played against each other.

In a different world, the two might have been teammates at WMU. Pearson held an offer from WMU during his recruitment, and he visited the Broncos in January 2016 before signing with WKU at the beginning of February 2016, according to 247 Sports.

Lankford spent his first season of college football redshirting at Toledo in 2017. While watching from the Rockets’ sideline, Lankford saw Toledo cruise to a 37-10 victory over WMU in a late-season Friday morning #MACtion game.

Toledo defeated Akron 45-28 in the Mid-American Conference Championship game the next week before falling 34-0 to Appalachian State in the Dollar General Bowl.

Former WKU head coach Jack Harbaugh, who led the Hilltoppers to the 2002 Division I-AA National Championship and compiled a 91-68 overall record in 14 seasons on the Hill, began his coaching career in 1964 and coached all the way through until 2009.

The highest-ranked champion from the Group of 5 conferences (American Athletic, Conference USA, MAC, Mountain West and Sun Belt) is guaranteed a spot in a New Year’s Six bowl game each year, which put WKU and WMU in the running for the berth in 2016.

C-USA Champion WKU, led by current Purdue head coach Jeff Brohm, might have been chosen to represent the Group of 5 teams in 2016, but the Hilltoppers finished the season with losses to SEC opponents Alabama and Vanderbilt and another to C-USA rival Louisiana Tech.

MAC Champion WMU, led by current Minnesota head coach P.J. Fleck, finished undefeated and locked up the Group of 5 spot in the Cotton Bowl. The Broncos were defeated 24-16 by No. 8 Wisconsin, but the WMU football program was listed No. 15 in the final AP Poll.

Additionally, both WKU and WMU suffered significant drop-offs in winning percentages during the 2017 season after both Brohm and Fleck departed for head coaching jobs in the Big Ten.

CHESTNUT ROASTING ON AN OPEN FIRE

WKU wide receivers coach Chris Chestnut played for WMU during his last two college football seasons as a player after transferring from the College of the Canyons.

Chestnut served as a team captain in his senior season and made 9 catches for 105 yards, averaging 11.7 yards per catch as the Broncos very slightly improved to a 5-7 record in 2003.