When Does ‘The Bachelorette’ With Katie Thurston Premiere? 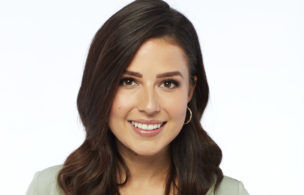 When Does ‘The Bachelorette’ With Katie Thurston Premiere?

We already knew that two seasons of The Bachelorette will air in 2021, and now we also know exactly when that “summer” premiere date is for the first.

While announcing its summer schedule, ABC revealed that Katie Thurston’s Season 17 will debut on Monday, June 7, at 8/7c. See Also‘The Bachelorette’ Season 17: Who Are Katie Thurston’s 34 Potential Suitors? (PHOTOS)
ABC has released photos of all the guys vying for her heart.

Katie will be searching for love without the franchise’s usual host along for the ride. Fans first met her on the most recent season of The Bachelor, which featured the franchise’s first male Black lead, Matt James, and quite a bit of controversy off-screen. After host Chris Harrison spoke out in defense of contestant Rachael Kirckonnell‘s past behavior (which included attending an Antebellum-themed party), he took a step back from the franchise and Emmanuel Acho took the reins of the “After the Final Rose” special.

Though Harrison then said he’d be back on the franchise, he won’t be for this upcoming season of The Bachelorette. Instead, former Bachelorettes Tayshia Adams (who split Season 16 with Clare Crawley) and Kaitlyn Bristowe (Season 11) will be stepping in.

“Unapologetically herself, Katie is adventurous, daring, and ready for a man with whom she can build a life,” according to ABC. “A marketing manager with an innate social media savvy and humorous outlook on life, she is a witty storyteller who wants a man that will laugh along with her and is ready to step into the spotlight for her own love story to be told.” Following Katie’s season of The Bachelorette will be fellow Bachelor Season 25 contestant Michelle Young’s search for love. That will premiere in the fall of 2021. (As was shared during The Bachelor reunion special, Michelle is filming her season in the summer to keep it from interfering with her teaching schedule.)