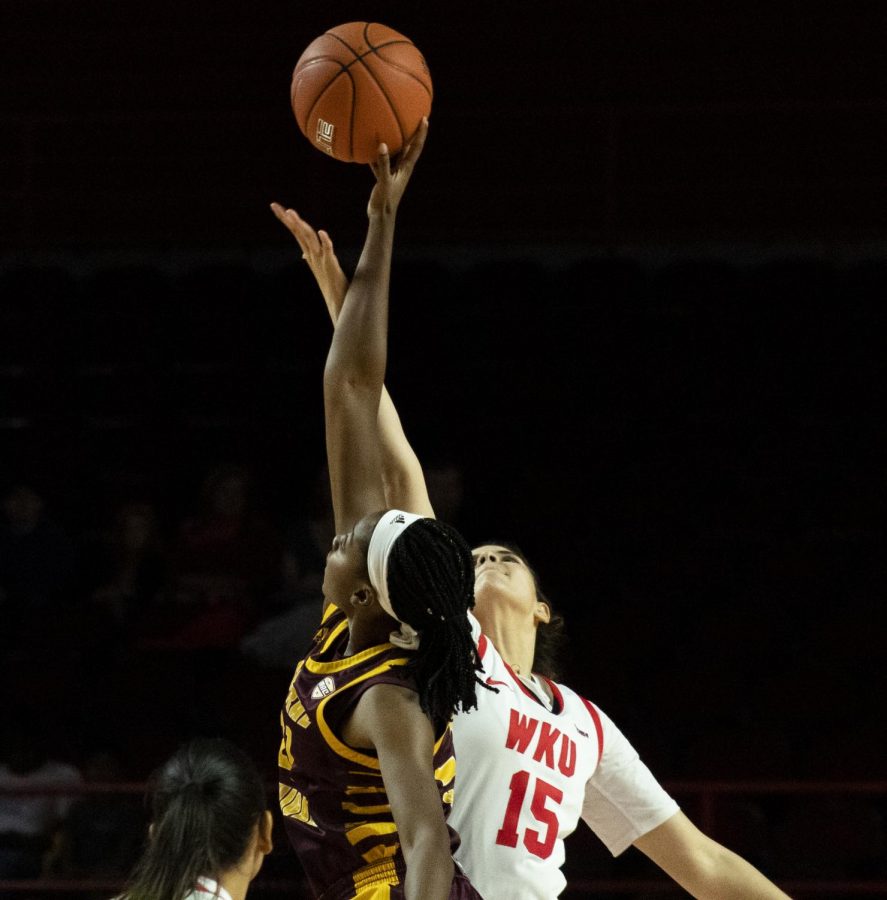 WKU forward Raneem Elgedawy jumps for the tip to open the game. The Lady Toppers defeated the Chippewas 93 - 58 in Diddle Arena on Sunday, November 17 2019.

WKU will first travel to Boca Raton, Florida, to meet Florida Atlantic in a tough road test on Feb. 22. One week later, WKU will travel to Murfreesboro, Tennessee, to take on rival Middle Tennessee on Feb. 29.

The Lady Toppers will then close out the regular season with two games in Diddle Arena, first against Charlotte on March 5 and next against Louisiana Tech on March 7.

Tipoff times and broadcast information for the four games are still to be determined.

C-USA’s new scheduling format for women’s basketball was passed by the league’s Athletics Directors in May and Board of Directors during their annual summer meetings in June.

The 18-game schedule format was designed to follow the traditional format for the first 14 games and then determine the final four games with consideration for competitive balance and geographical constraints.

The unique format is geared towards providing more competitive matchups at the end of the regular season with the ultimate goal of increasing the number of C-USA teams advancing to postseason competition.

WKU tips off its C-USA slate on Jan. 2 at North Texas and completes the east Texas trip at preseason C-USA favorite Rice on Jan. 4.

Tipoff in North Texas’ Super Pit is set for 7 p.m., while game time in Rice’s Tudor Fieldhouse is slated for 2 p.m. Both games will be streamed live for ESPN+ subscribers.