Letter from the (former) editor: Dear Herald, thank you 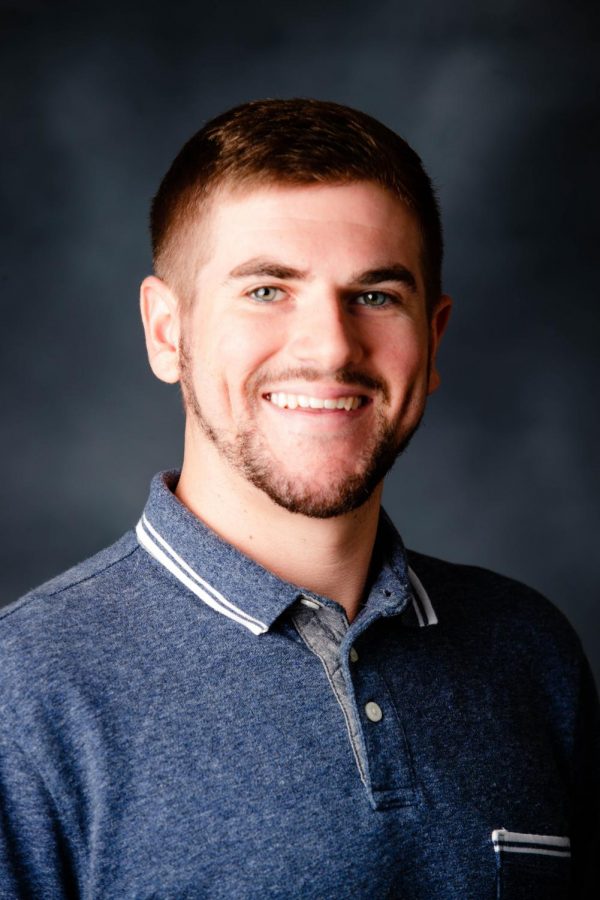 Evan Heichelbech is the Engagement Editor for the College Heights Herald in Fall 2019.

When I arrived on WKU’s campus as a freshman in the fall of 2015, it took me less than a week to find my way to the Student Publications office to ask if I could write for the College Heights Herald. I walked in, sat down with the sports editor at the time and a few minutes into our conversation I was offered the women’s basketball beat. Coming into college I didn’t know a lot of people in Bowling Green, but I knew one thing for certain: I was going to work at the Herald.

Truth be told, WKU was not my number one choice for college. I had my heart set on going to Indiana University in Bloomington. When I finally came to grips with the fact that it simply made more sense financially for me to come to WKU, I started thinking about what opportunities I could take advantage of on the Hill.

Find a girlfriend? Alright, don’t get too crazy Evan.

Work at the nationally recognized and highly decorated student newspaper on campus? Absolutely.

Four and a half years later, I’m extremely proud to say I’ve accomplished all of those things, and I wouldn’t change a single thing.

It’s long been a dream of mine to work in journalism. I grew up telling my parents that I was going to be an author when I got older.

Writing has always been one of my passions, right behind sports. As an only child, I often had to find ways to entertain myself, and most of the time that meant watching the same episodes of SportsCenter on a loop each day or spending time outside of my English class writing in my school journal at home.

By the time I was a sophomore in high school, it dawned on me: I could get paid to watch sports and write about them. Why wouldn’t I want to do that?

A few years later when I got to Bowling Green, I found myself asking the same question: I could get paid to go to WKU’s football and basketball games, write about them and have my stories published in one of the most respected college newspapers in the country. Why wouldn’t I want to do that?

Before I could blink, I was in Boca Raton, Florida, covering a bowl game that capped off WKU’s most successful FBS football season in school history. Two weeks later, I was named the sports editor at the Herald as a sophomore, and if it were up to me, that’s likely where I would’ve stayed until I graduated.

Luckily, the Herald has two of the best advisers any student journalist could ask for, and they saw potential in me as a journalist outside of sports that I never considered.

I was quickly shoved out of my comfort zone and found myself in a managing editor’s role as a junior before eventually being named the editor-in-chief for the 2018-2019 school year.

My experiences in those leadership roles were some of the most valuable and rewarding times of my college career.

I truly believe that you learn more about yourself through learning about other people. One way of doing that is by telling stories that matter. Some are more significant than others, but sometimes the most bizarre stories are the ones that capture more people’s attention.

I spent the tail end of my summer in 2017 scrambling to get the information needed to be the first to break the story of Mitchell Robinson leaving WKU unexpectedly in the middle of the night. And then he came back. And then he left again. None of that reporting would have been possible without the College Heights Herald.

Without that experience, I’m not sure if I would have been able to lead our team of reporters in chasing a similarly crazy story earlier this year when the long-time dean of Potter College was asked to resign out of nowhere. Trying to keep up with the whirlwind of events over those two weeks were some of the most exciting and stressful days of my time as editor-in-chief. None of that coverage would have been possible without the College Heights Herald.

Perhaps an even more wild time to be a journalist at WKU was when the university announced it would be closing one of its freshman dorms because of a mold outbreak just weeks before the end of the fall 2018 semester. We spent the entire following weekend poring over more than 2,700 available web pages of maintenance requests to produce an investigation revealing that there were more than 500 reports of mold in the last year. Leading that project would not have been possible without the College Heights Herald.

But above every other story I’ve written or edited during my time at the Herald, none of them mean more to me than Roger Osborne’s, the lifelong fan of the Hilltoppers who was given just a few weeks to live during WKU’s run in the NIT in the spring of 2018. I watched what would be Roger’s final WKU basketball game with him and was blessed with the chance to tell his story.

He died eight days later, and I’ll never forget the evening we spent together. It wouldn’t have been possible without the College Heights Herald.

As my time at the Herald and WKU draws to a close, I could not be more grateful for every opportunity I’ve had on this campus and in this city. I came in with a goal and I’m leaving with the same goal, except I’m much more well-rounded and better equipped to achieve it as I enter the job market.

It would be wrong of me to spend all of my final words at the Herald talking about myself, so I want to give thanks to a few people in particular. To Herald advisers Chuck Clark and Carrie Pratt, thank you so much for everything you’ve done to help me grow through giving me your advice, talking me through difficult situations and helping me land two excellent internships.

I don’t even want to imagine how it all would have turned out if I didn’t end up on the Hill. ‘Til next time, WKU.