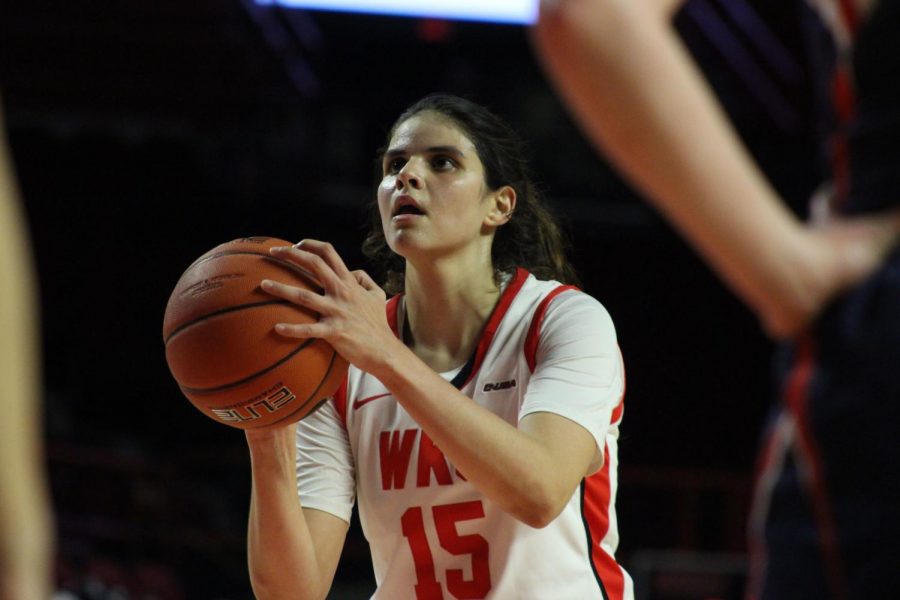 Elgedawy posted back-to-back double-doubles and led the team in scoring and rebounding over both games to earn her first C-USA weekly award this season.

She dropped in 18 points and secured 10 rebounds in a 76-63 road win against Tulsa to open play in the McKeon Pavilion in Moraga, California, on Friday.

Elgedawy followed up that performance by powering her way to 27 points and 13 rebounds in a tough 80-73 overtime loss to the host Gaels on Saturday.

The Alexandria, Egypt, native has tallied four straight double-doubles and has five during the young season.

In this category, she leads C-USA and is ranked eighth overall in the country. She has amassed 16 double-doubles over her career on the Hill and ranks 13th overall in school history.

Elgedawy is averaging 16.3 points per game in the 2019-20 campaign and has been on an absolute tear on the offensive end.

She has led the Lady Toppers in scoring over the past three games and needs only 50 more points to become a member of the 1,000 point club at WKU.