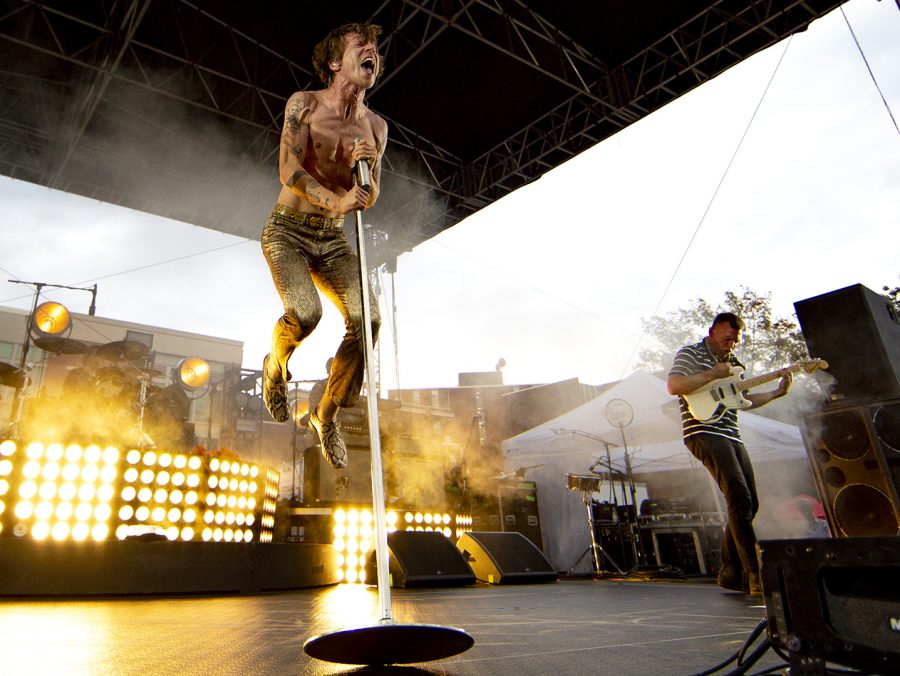 Cage the Elephant lead singer Matt Shultz crowd surfers during Cage the Elephant's performance before the first WKU home football game vs Maine on Saturday, Sept. 8 on WKU's campus. "It's good to be home," Shultz said during the later half of the show.

The 13-track album debuted in April 2019 and is nominated for the Best Rock Album award, which is the same award the band won at the 59th Annual Grammy Awards for its 2015 release, “Tell Me I’m Pretty.” The band received a Grammy nod for its third studio effort, “Melophobia,” but didn’t win.

With humble roots in the Bowling Green music scene reaching back as far as 2005, when the band went by the name Perfect Confusion, Cage the Elephant has solidified itself as a modern rock giant with offerings such as its 2009 eponymous debut, “Cage The Elephant,” and Grammy winner, “Tell Me I’m Pretty.” The band is known for its alt-rock versatility and dynamic live shows, which are fronted by Bowling Green natives and brothers Matt Schultz, vocals, and Brad Schultz, guitar.

Cage the Elephant is currently touring the U.S. for the release of “Social Cues” and will continue touring in Europe starting in February. A complete list of tour dates is available at the band’s website.

The band responded to the news this morning via Twitter, noting the nomination is “a blessing and honor.”

Features Editor Griffin Fletcher can be reached at [email protected]