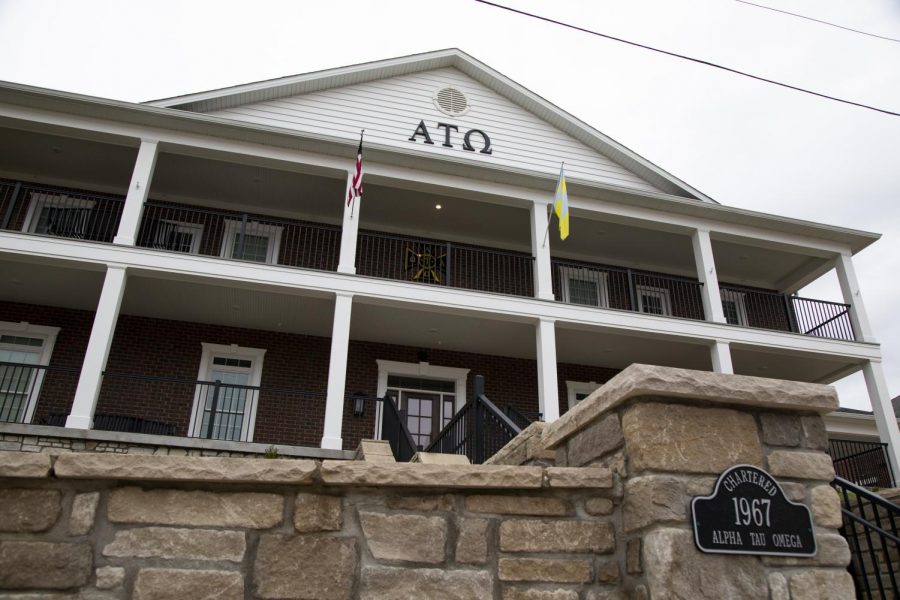 The members were singing along to the lyrics of Sheck Wes’ “Mo Bamba,” which contains a racial slur, without omitting it, according to a news release from the fraternity’s national chapter.

“The decision by some members of the Zeta Omega chapter to sing along with a Sheck Wes song (Mo Bamba) that included racially specific lyrics was an extremely poor choice,” the statement read.

The national fraternity is working with WKU’s chapter “to help the chapter reflect on why singing along with the song would be offensive to others,” according to the statement.

The statement also noted the men involved “meant no disrespect and are sincerely sorry.”

Brian Kehne, the president of WKU’s ATO chapter and the Herald’s incoming advertising manager, said his chapter would not comment beyond the national organization’s statement.

WKU’s Interfraternity Council released a statement Tuesday saying it did not support this behavior and that the incident didn’t reflect Greek life on campus.

The video is the third to surface this semester which includes members of Greek organizations singing along to lyrics which contain a racial slur. The first two were recorded in August, featuring members of Alpha Xi Delta and Chi Omega.

Each instance was handled by the university similarly, leaving disciplinary responsibility to the national organizations.

The administration handled the AXiD and Chi O incidents the way it did because the sororities’ actions were “ill advised” but not malicious, Director of Media Relations Bob Skipper told the Herald in an Oct. 24 meeting.

Skipper said the administration saw a difference between singing the word in a song as opposed to yelling the slur at someone directly.

The university’s decision was met with criticism by two members of the Student Government Association, who organized a protest to demand AXiD’s removal from campus and later authored a resolution which sought punishment against AXiD’s WKU chapter. The resolution was vetoed by SGA’s executive board.

Brian Kuster, WKU’s vice president for enrollment and student experience, became aware of the ATO video and released a statement about it and the previous incidents.

“The use of a racial slur—regardless of the context—goes against the principles of the institution reflected in the WKU Creed,” Kuster wrote. “The WKU Creed conveys to the WKU community that they have a personal and shared responsibility to seek inclusion by respecting the rights of all persons and to celebrate and embrace diversity. The actions of these groups do not accurately represent what we aspire to be as a university.”

Kuster said he has asked Dean of Students Lynne Holland to conduct a review of Greek organizations to ensure its members “understand the importance of inclusion at WKU and how their behaviors affect others and the perception of our entire university.”

“It is evident some in our Greek system do not understand that their actions can reflect negatively on the entire institution,” Kuster wrote.

The process will include Greek and non-Greek students, faculty, staff and alumni, Kuster said.

“I want our students that are harmed by the actions of a few to know that WKU is a community that is dedicated to creating an environment that is conducive to their learning and personal development and that they are respected, valued and appreciated,” Kuster said.

Similarly, the IFC said in its statement that it would implement an education program into its meetings, chapter meetings and during its New Member Leadership Symposium program.

“We will do everything in our power to ensure members of the Greek Community are made aware of the harmful impact that using this racial slur can cause,” the statement read.