It’s not just Christmas and Thanksgiving. Here are 4 other winter holidays to celebrate 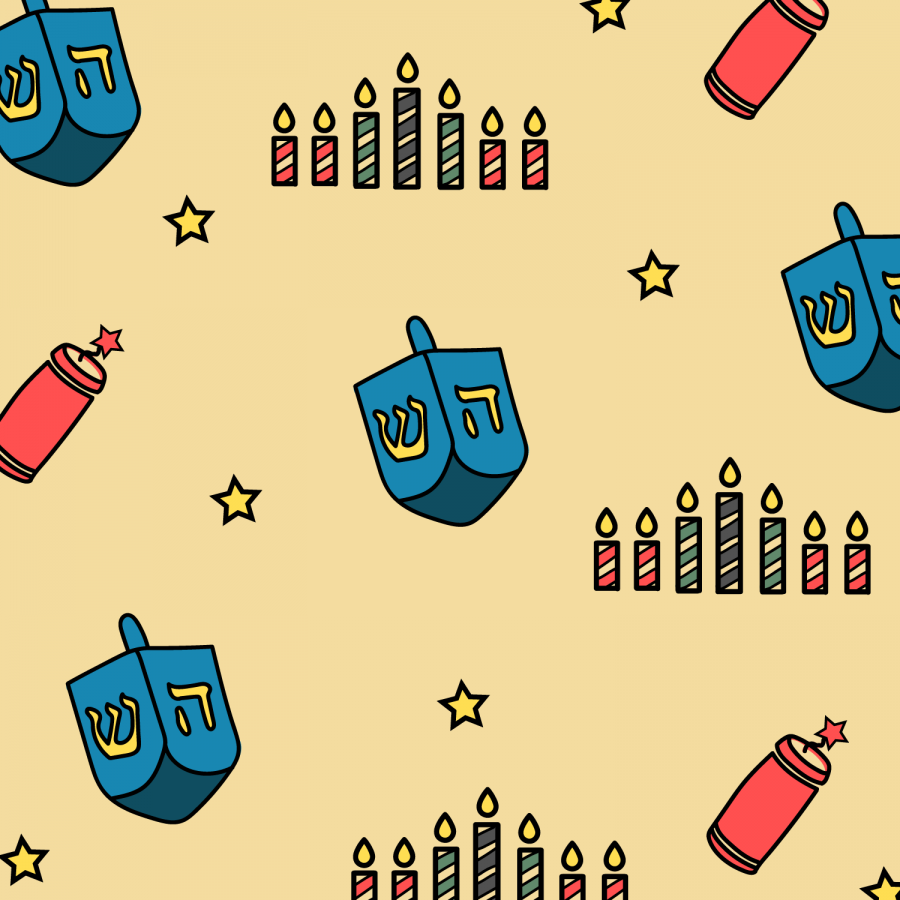 November and December are heavily associated with holidays, as Thanksgiving and Christmas often get the most attention in the U.S. There are several other holidays during this time of year, however, that you may not know a lot about unless you are a part of the groups celebrating them.

Here is a breakdown of some other holidays which take place in November and December.

Mawlid al-Nabi, usually shortened to just Mawlid, is a Muslim holiday which happened during November this year. “Mawlid” means “birthday” or “anniversary,” and “nabi” means “prophet.” Essentially, the holiday is a celebration of the prophet Muhammad’s birthday. It is held every year on the 12th of the Islamic month Rabi al-Awwal. Muslims go by the lunar calendar, so every year the day of the holiday changes. This year, it was the weekend of Nov. 16, although some celebrated it on different days in the weekend.

There are many traditions involved with this holiday, but one specifically is the poetic praise of Muhammad. This refers to the recitation of verses and stories about Muhammad and his life. The story of his birth is often told, and there is an emphasis on orphans and widows, because Muhammad’s mother died, which made him an orphan. Muslims will also recite panegyrics, also called mawlids, which are commemorations of saints often spoken in Arabic. Traditionally, people eat sweets to honor the sweetness of the prophet. Most Muslims celebrate this holiday, and it has been a part of their culture for centuries.

Chinese New Year, also known as Spring Festival, is a Chinese holiday that will take place on Jan. 25 this year, which is the first day of the lunar calendar. It acts as a chance for families to get together and celebrate the achievements of the year. The celebration lasts 15 days, although some days are celebrated more than others. On the first day, people meet with their close, immediate families, often going to graveyards to pay respect to their ancestors. On the fourth day, families will go to visit their relatives and exchange gifts. Children must get down on their knees and bow to their parents, and their parents will present them “lucky money,” which is money in a red envelope. Children then thank their parents and wish them a prosperous year.

There are a lot of symbolic meanings to the foods eaten during Chinese New Year. Fish is a popular choice. The Chinese word for “fish” has the same pronunciation as the word for “abundance,” so fish symbolizes extra resources acquired at the end of the year. Chinese dumplings are also eaten during the celebration. A coin is placed in the dumplings, and whoever finds the coin is said to have good fortune for the year.

Kwanzaa is an African American holiday in the U.S. that began in 1966 by activist Maulana Karenga during the Black Consciousness Movement. He created it for children who were not being taught about African history, as he believed most children thought African culture began with slavery, when in fact there is a rich history of African tribes from well before. In order to teach his, Karenga resurrected an African celebration which was thousands of years old. “Kwanzaa” means “first fruit” in Swahili and was originally a harvest festival to celebrate bringing in crops.

During the celebration, people light a kinara, which is a candle holder with seven candles. The first three are red and represent the blood and struggle of African Americans. The middle is black and represents black people and where they come from. The last three are green and represent prosperity. The celebration lasts seven days, and each night celebrates one of the seven principles of Kwanzaa. The black candle is lit on the first night, and then it goes back and forth from red to green to show you can’t prosper without struggle. Each family or community has their own traditional foods for Kwanzaa, but the one constant is stew, which is a traditional African dish made of beef, vegetables, a dark broth and other various ingredients. The dining table during Kwanzaa is filled with many traditional items like the unity cup, which all family members drink from to start the ceremony, African cloth, ears of corn to represent the number of children in the family and pictures of your family.

Hanukkah is an eight-day Jewish celebration. Its origins go back in history, as it commemorates the rededication of the Second Temple in Jerusalem during the Maccabean Revolt in the second century BCE. During the celebration, families light the candles in their menorah, which holds nine candles, eight that represent each day of Hanukkah and one used to light them all. Some families play the game of dreidel, which is a four-sided spinning top. A few traditional foods often eaten on this holiday are latkes, which are potato pancakes, and sufganiyot, which are similar to round jelly doughnuts.

Hanukkah is not one of the Jewish High Holidays, which are the most important holidays such as Rosh Hashanah and Yom Kippur. Since it occurs around Christmas, however, it gets a lot of attention, as it is a part of the “holiday season” in the U.S. A recent phenomenon which particularly takes place in the U.S. is families giving Hanukkah gifts to each other. Traditionally, there is a different holiday for gift giving called Purim. The Jewish population in Bowling Green is somewhat small, therefore there is no synagogue. Usually, families will either just celebrate in their homes or go to the synagogue in Nashville for a service.