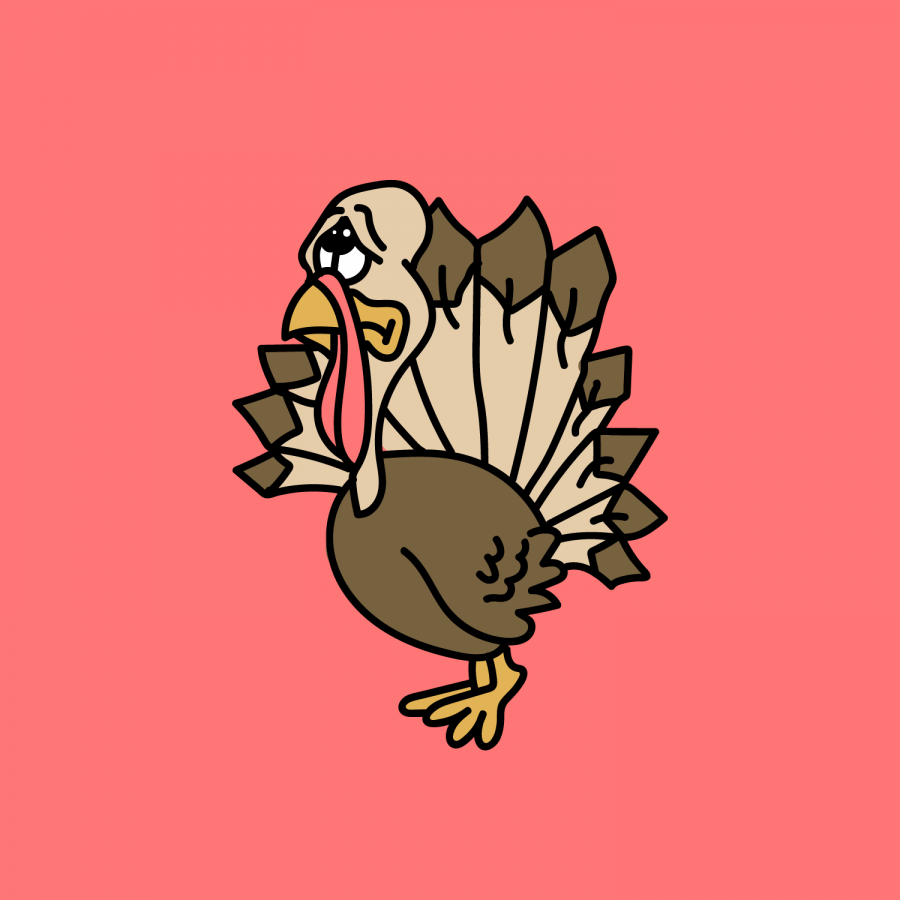 For Halloween, houses are decorated with pumpkins, teenagers watch scary movies and “Monster Mash” plays on repeat all October.

For Christmas, families put up their Christmas trees, friends gather around a fire to watch “The Polar Express” and kids write letters to Santa Claus.

There are no decorations to be hung, no tunes to be hummed, no films to be watched — nothing. All of November is geared toward just one thing: dinner.

Days of preparation for perfectly cooked turkey, just-right stuffing, tasty mashed potatoes and gravy, an endless array of pies, every casserole known to man and woman and warm yeast rolls. Too bad it never turns out this way.

The turkey seems too dry to savor, the pies are made with all the wrong flavors, and the rolls get burnt every time. And it all happens again less than a month later.

What is so phenomenal about the food that it deserves an entire holiday?

If it’s not the food that warrants a celebration, then Thanksgiving provides a day to peaceably gather with friends and family. At least that is what is expected.

Excitement is pent-up all November for the day the family can be together again. There is joy in seeing your aunts and uncles you have not seen since Christmas, enthusiasm in meeting the new baby cousin in the family and hopes of being handed a $20 bill from your grandparents.

Yet, once everyone gets in the same room together, the atmosphere is suddenly awkward and uncomfortable, as if a bomb could drop at any moment.

It does not take long for the weird uncle to make an inappropriate comment, the cousins to get on everyone’s last nerve and the boomers that sit at the head of the table to controversially criticize their children and grandchildren.

As if the discomfort felt around the table isn’t reason enough to write off Thanksgiving, the celebration causes worse discomfort for the marginalized group which is annually reminded of decades of suffering.

While the relations between the English colonists and the Native Americans were healthy at the first Thanksgiving in the 17th century, that harmony ended shortly after.

When more colonists started to come to America, Native Americans who had previously occupied the land for hundreds of years were plagued with diseases their immune systems could not handle, killing millions.

At Thanksgiving, these things are swept under the rug as Americans quietly celebrate a history of racial discrimination against Native Americans.

But in reality, Thanksgiving is just a meal — a mediocre, awkward, problematic meal.

Features reporter Julianna Lowe can be reached at [email protected]