Protests erupt in Lexington as Trump endorses Bevin for re-election 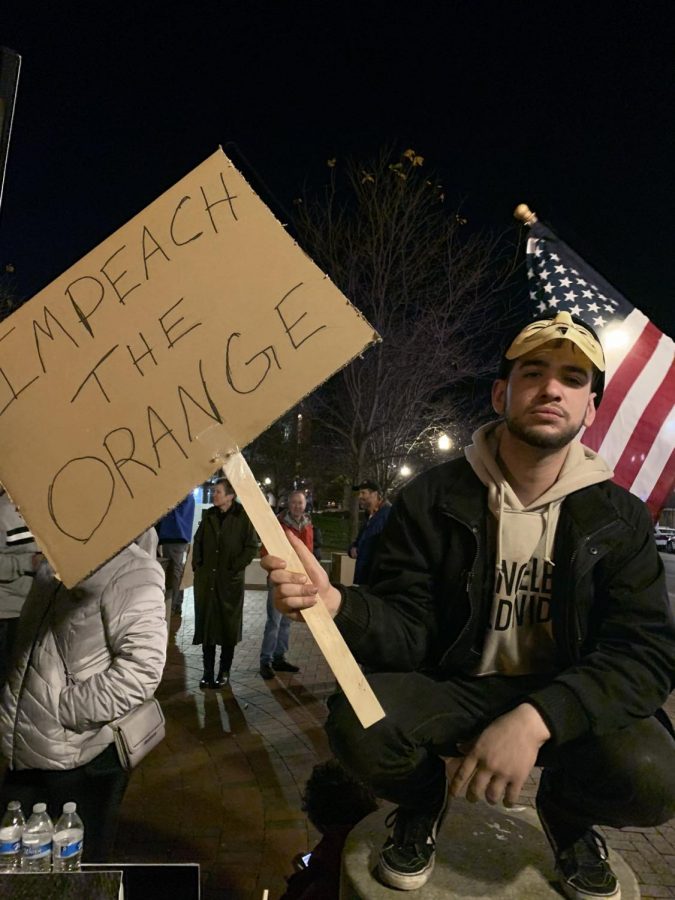 A crowd of protesters, many wielding signs, began to gather at the Fayette Circuit Court and on West Main Street hours before the rally began.

“We’ve come down to show support for the democratic process, and to encourage the powers to be to go ahead and take out the trash,” said Dave Marsh, a protestor in front of the courthouse, who was holding a “Lock Him Up” sign. “I’m down for my son’s wedding but as this event was taking place the day after the wedding, I came on down, made some signs, and here I am.”

The crowd contained many different groups, including the Democratic Socialists of America and a pro-vaping group called We Vape We Vote.

Outside of the arena, supporters gathered in front of a projector showing footage of the rally.

“We came for the rally, we got tickets, but couldn’t make it [in], they’re at capacity,” said Al Childers, a supporter who was watching Trump speak on the projector screen.

“I’ve never seen in my 55 years, an American president treated this way,” Childers said in regards to his reason for attending.

On West Main Street, where many of the protesters and counter protesters were gathered, chants such as “God bless America” and “God bless our trans[gender] people” erupted. The chants were frequently followed by drivers honking their car horns as they passed by.

“[Trump] has gotten more done than any other president,” said Lyzane Whitaker, a supporter who was live-streaming outside of the arena where the rally was held.

The protests continued even after the rally inside concluded.