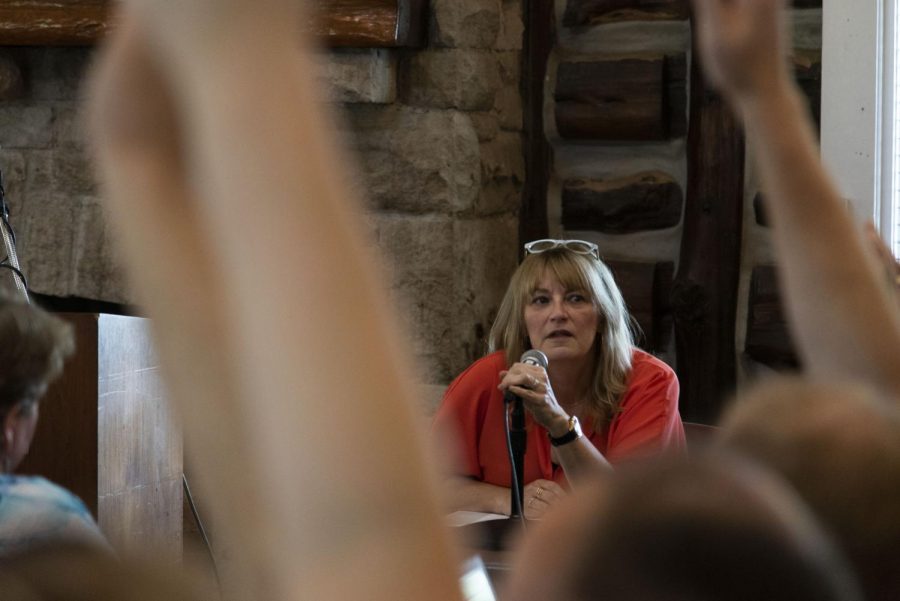 A new paid parental leave policy in the process of being approved by WKU could have benefits for faculty who are new or expecting parents.

One faculty member who could have benefitted is Kristine Barron, a pedagogical assistant professor of accounting. She found out she was pregnant shortly after accepting her position at WKU and did not qualify for the Family and Medical Leave Act because she had not worked at WKU for at least one year.

Barron said her department chair was willing to work with her, and she took six weeks of paid leave in exchange for teaching bi-term courses.

“I was very thankful that I was given the opportunity to have paid-time off and to keep my benefits,” Barron said in an email. “However, only having 6 weeks with my newborn daughter and time to recover from a difficult delivery was challenging.”

Barron said she’s heard “horror stories” from other WKU employees who returned to work two to four weeks after the birth of their child because of policies or the fear that the time off could affect their tenure. She said those few weeks are not enough time to recover from childbirth or bond with a child.

“It’s also heartbreaking to see infants left with other caretakers at 6 weeks when the parents feel pressured to return to the workplace,” Barron said.

Barron described the new policy as a “huge win for the entire campus community.” She acknowledged while departments might be short-staffed during the leave time, the employee would be refreshed and loyal to WKU for the opportunity.

Dan Clark, math assistant professor, said he hopes the policy is completely approved in time to affect him, since he has a daughter who is about three months old. He hopes to take leave for the spring semester.

“Because I didn’t know whether the policy would be in place by next semester, my department head offered me the option of teaching an extra class this semester that would partially buy out my teaching time next semester, so I could be home with my daughter more,” Clark said in an email.

Clark said he would still owe more time when he returns without this policy. He said these alternative arrangements are taking more time away from his family this semester and increasing his workload, issues he wouldn’t face with the policy.

“I’m not able to be there to help my wife and bond with my daughter as much as I’d like to now,” Clark said. “Being a new parent is already stressful as it is, and having this policy in place would reduce that stress and let me and other new parents know that the university supports us in adjusting to our new roles as parents.”

The leave time from the policy will run alongside the unpaid leave time provided by the FMLA. The policy was approved by the faculty senate at its Oct. 17 meeting. The policy must be approved by the Council of Academic Deans. Any edits will be sent back to the Faculty Senate, and both groups must agree on the draft of the policy before it is sent to the President’s Cabinet for approval, according to an email from Bob Skipper, director of media relations.

“At such time as all levels of governance reach an agreement, the draft would become policy,” Skipper said in the email. “There is no set time frame in which this is to be accomplished.”

Lauren McClain, sociology professor and chair of the faculty welfare and professional responsibilities committee of the faculty senate, started working on this policy last year when she first became the committee chair. McClain said she spent the last year working on background research for the policy by looking at other universities and talking with Director of Human Resources Tony Glisson about what type of policy they wanted to write.

“It really gives parents the flexibility to do what’s best for their families and to be paid during a time of high cost and things like that,” McClain said.

Previously, McClain said WKU left parental leave decisions to faculty and department heads. She said some department heads might give the faculty a pretty good deal while others might not, which created a lot of inequity across the campus.

McClain has had two babies since she started working at WKU and said people come to her to ask how the whole process works. Her personal research agenda as a family sociologist has shifted to focus on studying paid parental leave. As a result she’s aware of the benefits paid leave provides to parents, children, employers and the economy to name a few.

“For example, for employers a benefit is that when people have access to a paid parental leave policy, they’re more likely to return to work at the end of that paid leave,” McClain said. “It reduces turnover, increases moral, so that’s a benefit to the university of offering something like this.”

McClain said everyone she spoke to about the policy has been supportive of it. She said this is in the best interest of the faculty and would be a good recruitment and retention tool for faculty at WKU, especially since people look for a policy like this when they’re looking for a job. McClain said no other university in Kentucky has a paid parental leave policy, which puts WKU ahead of the curve on the issue.

“I think overall this is an important benefit, and my hope is that it really helps boost faculty morale and show that the university really cares about us as people and cares about our family lives and helping us to balance work and family,” McClain said.

“We like to think that we can add value to the conversation when these kinds of things are being discussed,” Glisson said.

Glisson said there was a lot to consider about this policy, and he did his own research on the topic while the group looked at the higher education landscape and compared what other schools were doing on the subject. The group also examined how the policy would fit into the existing FMLA policy, which provides for 12 total weeks of unpaid family and medical leave.

“Many times, employers [and] institutions had separate policy aside from the requirements of federal law that says how they treat FMLA-type events,” Glisson said. “This particular policy would qualify the eligible employee for a period of paid time for the birth or adoption of a child.”

Jennifer Miller, internal auditor and staff senate chair, confirmed that the staff senate has created an ad hoc committee to draft this policy for the staff at WKU.

Glisson said the form and documents that would go with this policy will be created once the policy is completely approved. These will likely be similar to the ones that already exist for FMLA.

“I think certainly we can practice and administer what the policy requires,” Glisson said. “I think separate it seems to have a fair amount of momentum and support, at least to people we’ve heard from, and so it seems to be one that people are talking about and supporting.”