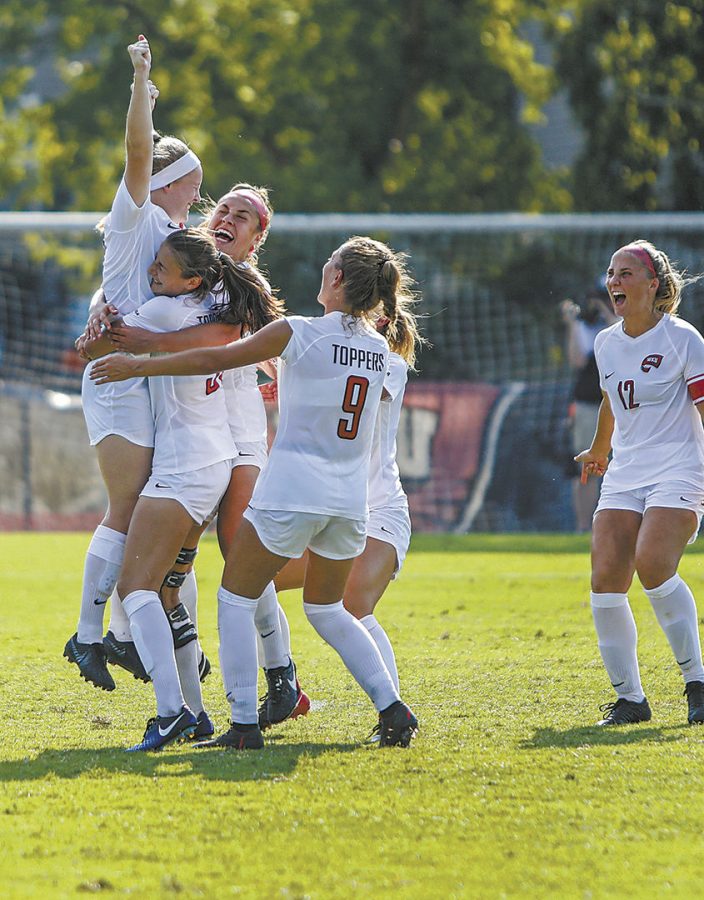 Two members of the WKU soccer team have been named to the Conference USA All-Academic Teams, the league office announced Monday.

Bryant has started in all 17 games this season, and the senior has logged the second-most minutes of any WKU player in 2019.

As an integral part of the Lady Topper defensive core, Bryant has played a significant role in the seven shutouts WKU has posted this season, tied for the second most in C-USA.

Additionally, the 16 goals allowed by Bryant and the backline is the fourth fewest in C-USA.

Leonard is WKU’s leading goal-scorer this season, notching eight goals so far. Leonard’s eight goals are tied for the ninth-most in a season by a WKU player.

The forward has scored the deciding goal in four of WKU’s matches this season, tallying the game-winner against Middle Tennessee State, Alabama A&M, Louisiana Tech and Marshall.

Her four game-winners are tied for the fourth-most in a WKU season.

Leonard is an international business major at WKU. The Troy, Michigan, native was also awarded the C-USA Commissioner’s Academic Medal for the 2018-19 academic year.

Bryant, Leonard and the rest of the Lady Toppers are preparing for the postseason with the quarterfinals of the C-USA Championship coming up on Wednesday.

WKU will take on Charlotte at 2 p.m. The match will be broadcast live for ESPN+ subscribers.