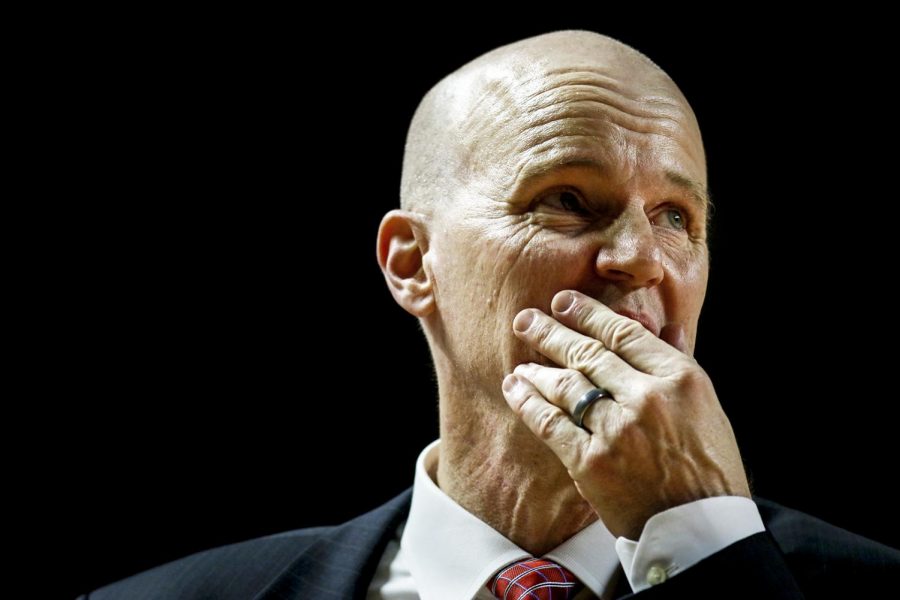 The WKU women’s basketball team (1-1) headed to Macon, Georgia, to face Mercer (1-1) on Friday night in search of a bounce-back game after a lackluster 75-56 road loss at No. 9 Louisville (2-0) in the KFC Yum! Center earlier in the week.

The Lady Toppers were 0-1 in 2019, and they had many questions to answer offensively.

WKU posted shooting splits of 33% from the field, 31% from beyond the arc and 52% from the free-throw line against the Cardinals, and although the Lady Toppers claimed their first win of the season against the Bears 75-62, a troubling trend continued against Mercer early on.

The Lady Toppers couldn’t find an answer for their offensive deficiencies in the first half of their matchup against the Bears — they shot 39% from the field, 36% from deep and a horrid 25% from the charity stripe. WKU also turned the ball over 16 times.

“We have been shooting the ball pretty well at the free throw line in practice,” head coach Greg Collins said on Oct. 31. “We end practice almost every day with pressure free throw situations.”

Without a first half double-double from junior forward Raneem Elgedawy and three 3-pointers from sophomore guard Meral Abdelgawad, the Lady Toppers might’ve found themselves with a halftime deficit rather than a 28-27 lead at the break.

“We are going to have nights where the ball does not fall in the basket, and we got off to a bad start shooting the ball,” Collins said after the team’s exhibition contest. “But then you have to go down on the other end, and you have to guard. You can’t give up uncontested threes, and you can’t let people blow by you and get to the rim.”

Something seemed to click during the break — WKU began playing team basketball, and the numbers showed that. The Lady Toppers shot 47% from the field, an outstanding 67% from 3-point range and a respectable 73% from the free-throw line in the second half.

Elgedawy continued her solid play in the second half, finishing with 20 points and 19 rebounds in 36 minutes. Senior leader Dee Givens and Abdelgawad both put up six points and five rebounds over the final two quarters, helping WKU stay in the game when it counted.

The Lady Toppers started taking care of the ball as well, only turning it over nine times in the last 20 minutes of action. This uptick in productivity for WKU led to a 47-point explosion in the final half of play and a decisive 13-point victory over Mercer.

While it’s still early in the season and the Lady Toppers have faced three solid opponents in a row, WKU still has many obstacles to overcome offensively if they hope to be playing meaningful basketball when March rolls around.

Perhaps the most important problem that must be addressed for the Lady Topper offense is the lack of a consistent scoring threat.

Redshirt senior guard Alexis Brewer may be the most glaring piece missing for WKU on the offensive end. Her ability to knock down 3-pointers and provide another consistent scorer to the starting lineup helped take some of the attention off Givens and Elgedawy last season.

In addition to the injury to Brewer, the Lady Toppers have not gotten much help from their bench players, who’ve scored only seven points in both regular-season contests so far.

Senior point guard Whitney Creech was Kentucky’s all-time leading scorer during her prep career, and Collins challenged her earlier this season to step up while Brewer is nursing a torn labrum and the Lady Topper bench players are learning to produce at a meaningful pace.

“We need more points out of Whitney,” Collins said. “That is the bottom line. I told Whit we need her to go find more points.”

Creech has responded positively, providing the Lady Toppers with a boost on offense.

The Jenkins native is one of only two players on the roster to score in double figures in both regular season contests this season, and Creech put up an efficient 15 points on nine shots against the Bears on Friday, including 12 of her 15 points in the second half.

WKU will look to use the positive momentum it gained in the second half against Mercer to correct its shortcomings prior to its home meeting against a tough Belmont squad.

Belmont comes into this matchup with a 2-0 record so far, and the Bruins have a lot of momentum after shellacking Central Florida 72-37 at home on Saturday.

The Lady Toppers hold an 8-3 all-time record against the Bruins and have won eight straight meetings. WKU defeated Belmont 80-65 in their last meeting in Diddle Arena in 2015.

Tipoff is set for 6 p.m. on Wednesday. The game will be streamed live for ESPN+ subscribers.