Associate provost stepping down at end of January 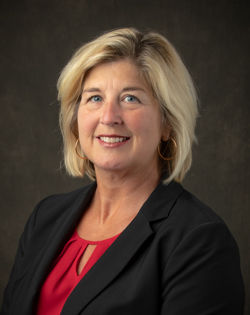 Michelle Trawick, the associate provost for faculty and academic excellence, is stepping down effective Jan. 31, 2020, Acting Provost Cheryl Stevens said in an email on Monday.

Trawick will be taking the job of dean of the College of Business at the University of Nebraska, Omaha, according to Stevens’ announcement.

“It’s a really great opportunity,” Trawick said. “I paid attention to dean’s openings. My next professional goal was to be a dean of a business school.”

Trawick said the Nebraska job was the only one she applied for, and it feels like a good fit for her. She was previously a candidate for the dean’s position in the Gordon Ford College of Business, a position which was ultimately filled by Christopher Shook.

Trawick said she’ll reflect positively on her time at WKU, and she’ll remember her students and colleagues who she was happy to teach and work alongside. She is excited for the environment in Nebraska’s College of Business, which she said is very similar to the environment in Gordon Ford.

Trawick has been at WKU since 2000. In her time with the university, she has served as a professor and as an administrator, including positions as chair of the economics department and Gordon Ford associate dean for faculty and administration.

“Not only have I invested a significant portion — probably the majority of my career here, but it’s also my true academic home,” Trawick, a WKU graduate, said of her time at WKU.

Stevens later called for nominations and interest in Trawick’s current position. The estimated start date for the job is Jan. 6, 2020, and Stevens is looking for those interested to apply by Nov. 22.